Home > Back to Search Results > 1st movie preview of "The Grapes of Wrath"...
Click image to enlarge 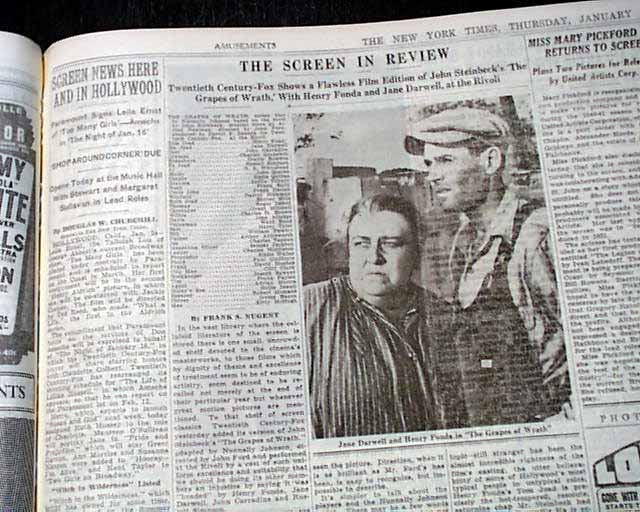 1st movie preview of "The Grapes of Wrath"...

Page 17 has the first movie review by the Times of what is considered one of the greatest films of all time, The Grapes of Wrath. The review is headed: "Twentieth Century-Fox Shows a Flawless Film Edition of John Steinbeck's "The Grapes of Wrath," With Henry Fonda and Jane Darwell, at the Rivoli". The review includes a photo of Fonda and Darwell, and also on a very small advertisement for the film playing at the "Rivoli" (see images). This movie premiered in NYC on Oct. 24, the day before.
Other news, sports and advertisements of the day. Complete with all 42 pages, rag edition in nice condition.