Home > Back to Search Results > Required treaties leading to a formal end of the Revolutionary War...
Click image to enlarge 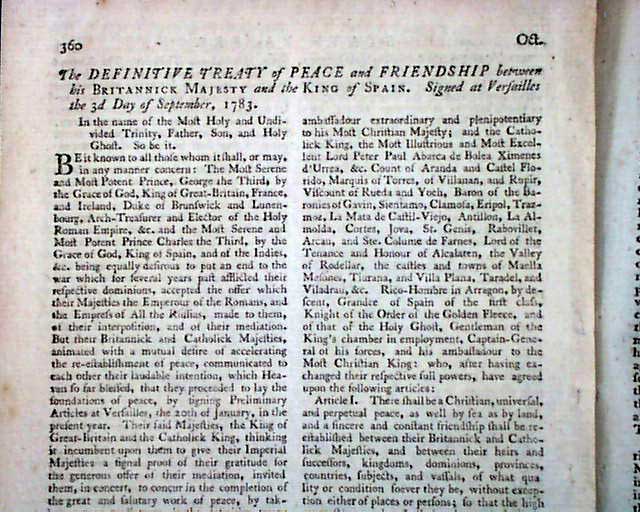 Required treaties leading to a formal end of the Revolutionary War...

This issue contains much great content on the work towards creating a formal treaty ending the Revolutionary War.
It contains 3 treaties with other European nations involved in the war, requirements before a formal treaty could be concluded between England and America. It has the treaties between England and Holland, England and France, and England and Spain.
There is other fine content concerning work towards peace, most visible in the photos.
This issue is lacking a full title/contents page. Otherwise this issue is complete in 96 pages, 5 1/4 by 8 1/4 inches, very nice condition.