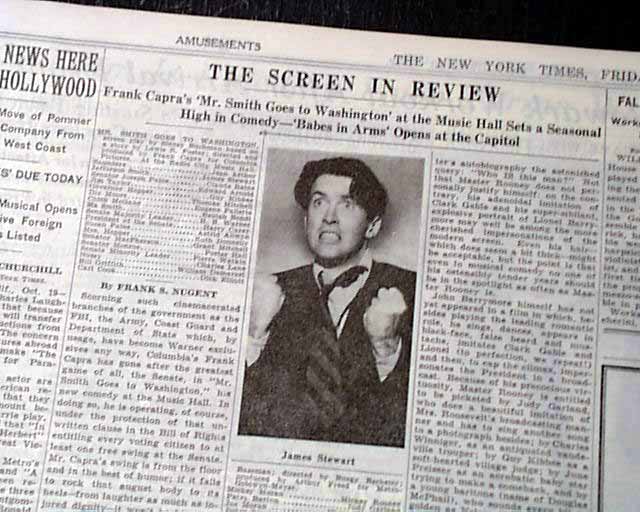 Page 27 has the first movie review by the Times of what is considered one of the greatest films of all time and what made Jimmy Stewart a major movie star, Mr. Smith Goes to Washington. The review is headed: "Frank Capra's 'Mr. Smith Goes to Washington' at the Music Hall Sets a Seasonal High in Comedy...". The review includes a photo of  James Stewart, and also on an advertisement for the film playing at the "Radio City Music Hall" (see images). This movie premiered in NYC on Oct. 19, the day before.
Other news, sports and advertisements of the day. Complete with all 48 pages, rag edition in nice condition.