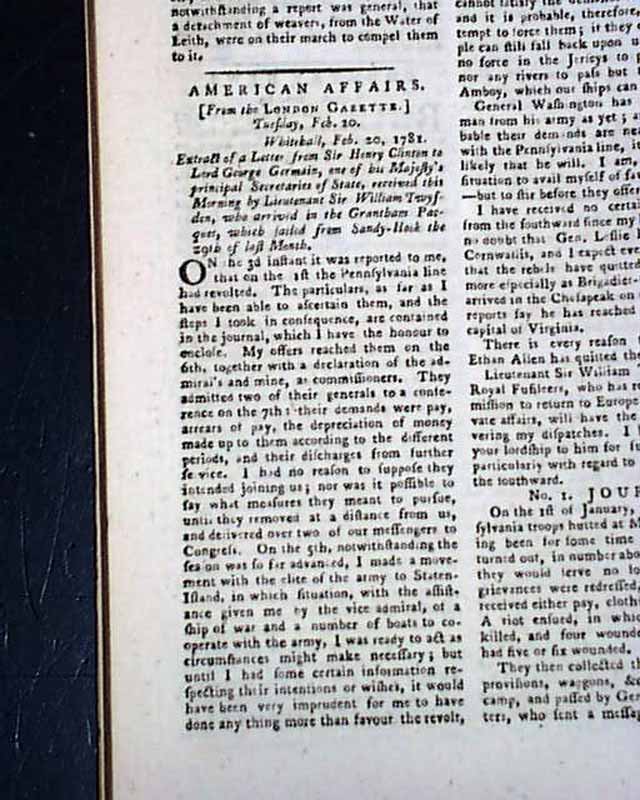 
THE LONDON MAGAZINE, February, 1781  The last 3 pages have nice reports & correspondences on what is known as the Pennsylvania Line Mutiny. This was a mutiny of continental army soldiers who demanded higher pay and better housing conditions. It ended with a negotiated settlement on January 8, 1781. The mutiny was the most successful and important insurrection of continental army soldiers during the Revolutionary War.
Both of the plates called for are present, one being: "The Lady of Loretto" with a related article.
Complete in 56 pages, 5 by 8 inches, very nice condition.