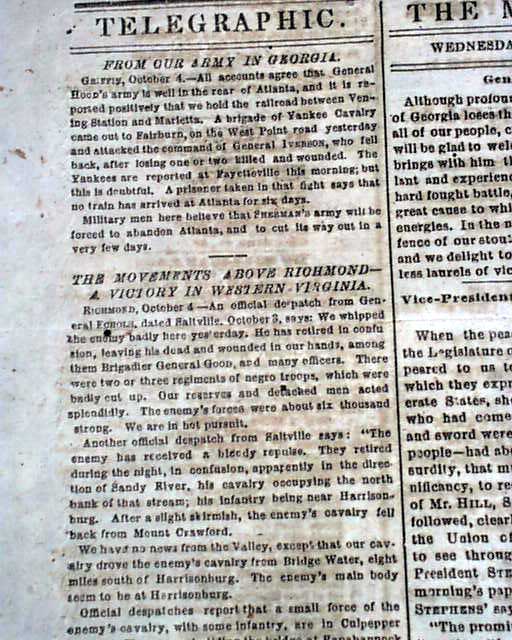 * Rare title from the origin of the Civil War
* Siege of Petersburg campaign - U.S. Grant

Among the front page reports on the Civil War are: "From Our Army In Georgia" "The Movements Above Richmond--A Victory in Western Virginia" "From Grant's Army at Petersburg" "General Hardee" and more.
Some war items on the back page but mostly taken up with ads.
Complete as a single sheet issue, full banner masthead, small paper-flaw hole affects very little, nice condition. From the closing months of the Civil War.