Home > Back to Search Results > Capture of Jefferson Davis: in a woman's dress...
Click image to enlarge 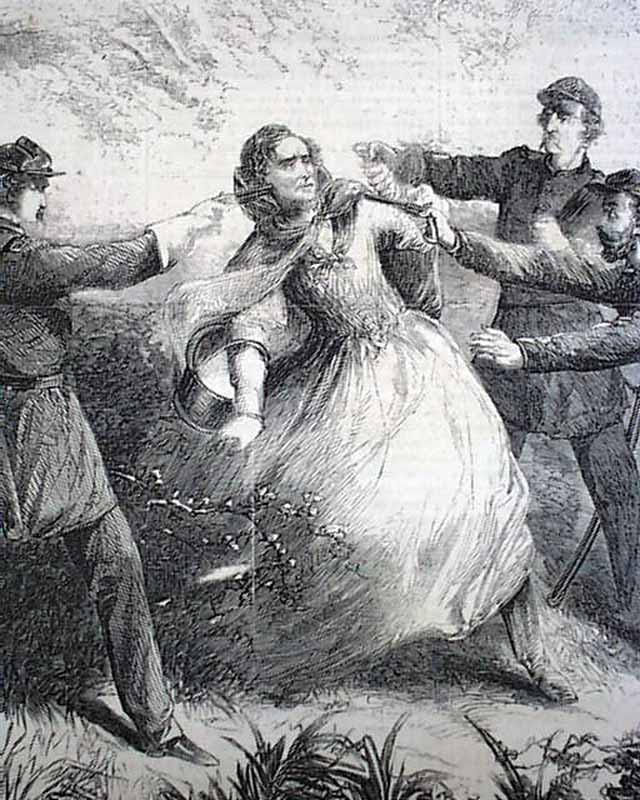 Capture of Jefferson Davis: in a woman's dress...

See the photo for the fascinating front page illustration which is captioned: "Capture of Jefferson Davis, At Irwinsville, Ga., at Daybreak on May 10th by Col. Pritchard and Men of Wilson's Corps." showing him dressed in women's clothes to elude capture. There is a related article on this as well.
The doublepage centerfold is captioned: "Scene in the Court room in the old Penitentiary building, Washington, D.C. during the Trial of the Conspirators, Payne, Atzerot, Harold, Arnold, McLaughlin, Mudd and Surratt, before the Military Commission."
Also inside is a diagram showing: "...plan showing Ford's Theater, Booth's stable and the whole locality of the tragedy..." showing the track of the murderer out the alleys.
Sixteen pages, minimal damp staining near margins, nice condition.