Home > Back to Search Results > Battle of Shiloh, with a map...
Click image to enlarge 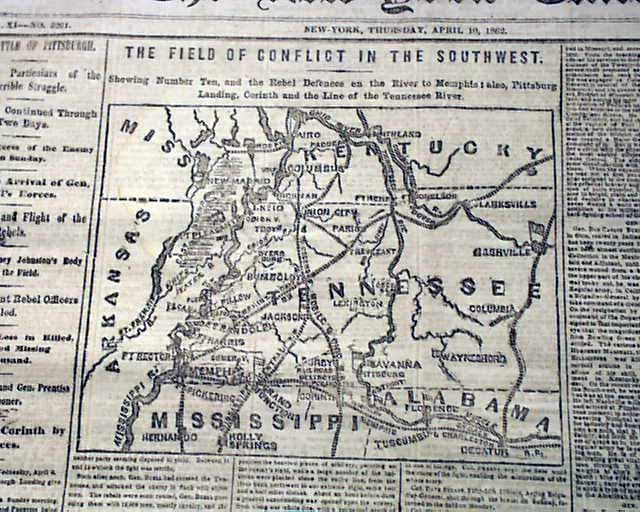 Battle of Shiloh, with a map...

The front page features a map titled: "THE FIELD OF CONFLICT IN THE SOUTHWEST" showing portions of Mississippi, Arkansas, Missouri, Kentucky, Tennessee and Alabama.
Among the one column headlines on the war are: "THE BATTLE OF PITTSBURGH" "Important Particulars of the Terrible Struggle" "The Fight Continued Through Two Days" "Final Defeat and Flight of the Rebels" "OPERATIONS ON THE MISSISSIPPI" and much more.
Eight pages, nice condition.