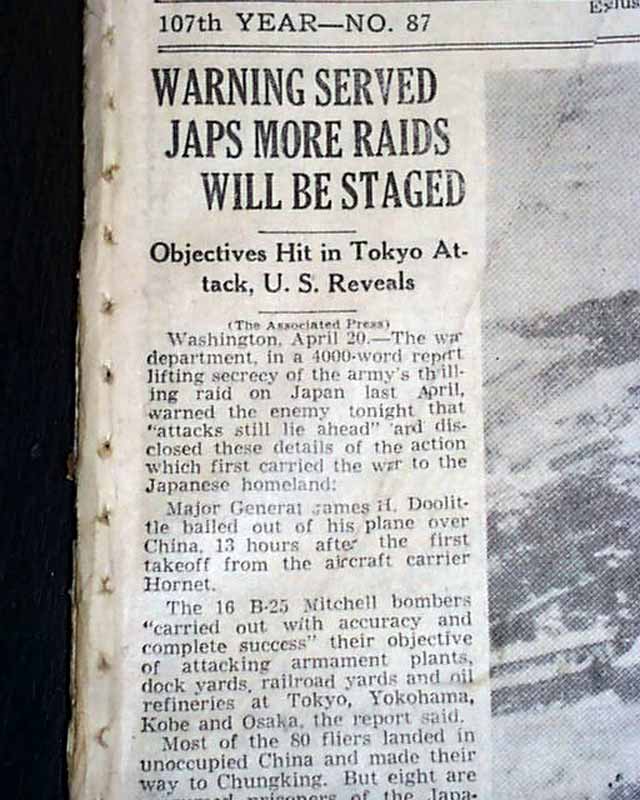 The front page has a one column heading: "WARNING SERVED JAPS MORE RAIDS WILL BE STAGED" with subhead. (see) This was the official report on the Jimmy Doolittle raid on Japan in which he led about one year earlier.
Other news, sports and advertisements of the day. Complete in 30 pages, light toning and minor wear at the margins, generally nice.