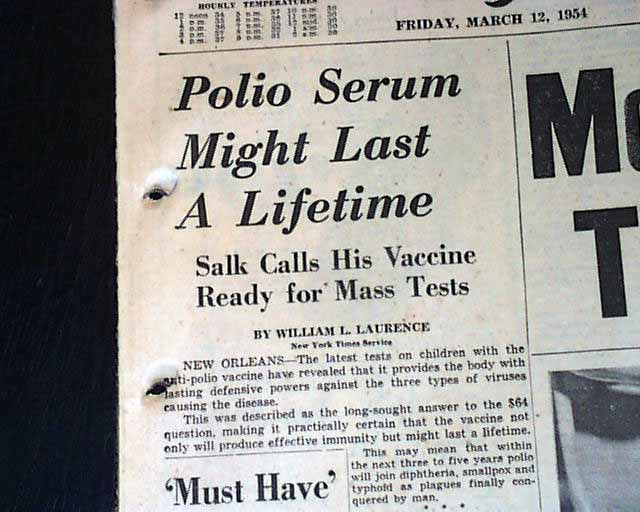 Te top of the front page has a historic and early report on the success of the polio vaccine with a two column heading: "Polio Serum Might Last A Lifetime" with subhead. (see) This was a very early report of clinical trial successes, and it would be 13 months later that a formal announcement would be made of a definitive polio vaccine being successful.
Other news, sports and advertisements of the day. Complete in 34 pages, binding holes along the spine which slightly affects mentioned report, small ,library stamp within masthead, otherwise very nice.