Home > Back to Search Results > Actions of General Washington...
Click image to enlarge 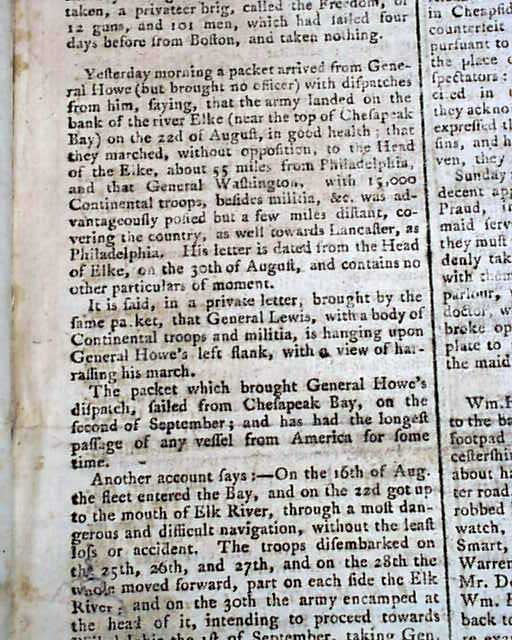 
THE LONDON EVENING POST, England, Oct. 30, 1777  Page 3 has some reports on the war, including: "...from General Howe...that the army landed on the bank of the river Elke, near the top of Chesapeak Bay...that General Washington, with 15,000 Continental troops...was advantageously posted but a few miles distant..." with more fine content as shown in the photos.
Four pages, folio size, never-trimmed margins, red tax stamp on the front page. Loss to an upper corner does not affect mentioned content. Small hole to a corner in the back leaf.