Home > Back to Search Results > Capture of Savannah by the British...
Click image to enlarge 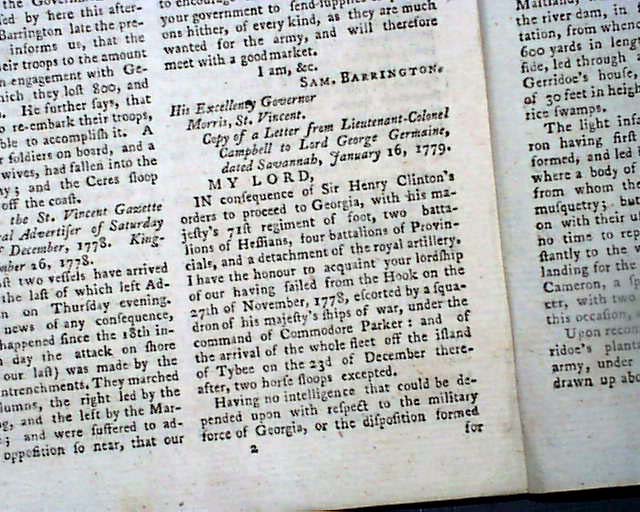 Capture of Savannah by the British...

The highlight would be the historic letter from Lt. Colonel Campbell to Lord George Germaine dated from Savannah, January 16, 1779. The letter provides much details on battle events in that theater of the war and includes this capture of Savannah from General Robert Howe on December 29.
Lacking both plates called for, neither relating to the noted content.
Complete in 48 pages, 5 by 8 inches, very nice, clean condition.