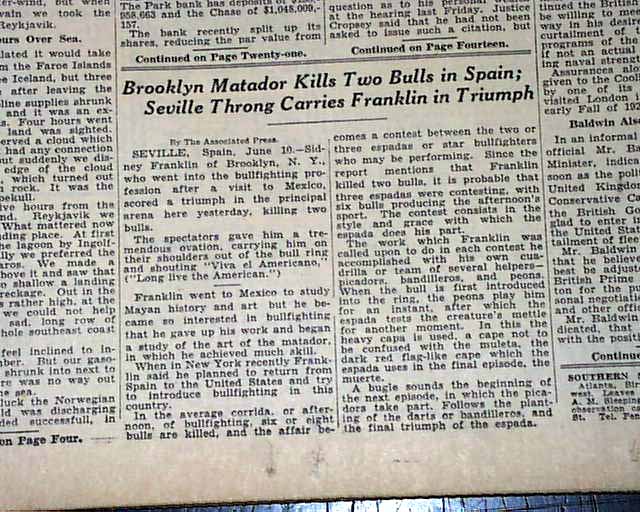 This 60 page newspaper has a two column headline near the bottom of the front page: "Brooklyn Matador Kills Two Bulls in Spain; Seville Throng Carries Franklin in Triumph" See images for coverage on Sidney Franklin, the first Jewish bullfighter. Nice to have on the front page and in this famous NYC title.
Other news, sports and advertisements of the day throughout. Nice condition.