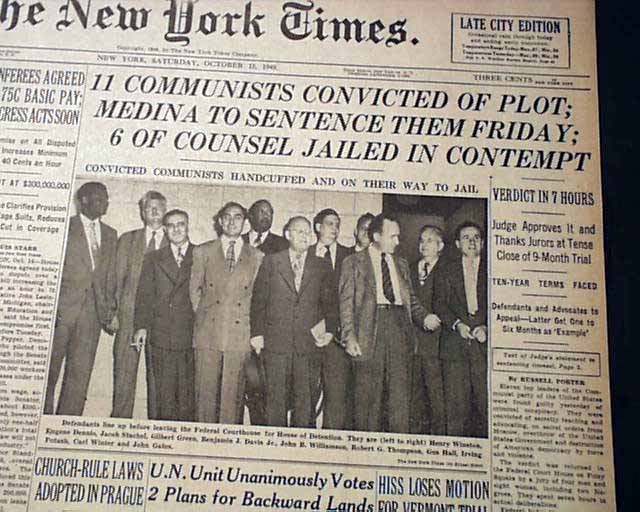 The top of the front page has five column headline on the Smith Act trials of Communist party leaders, with: "11 COMMUNISTS CONVICTED OF PLOT; MEDINA TO SENTENCE THEM FRIDAY; 6 OF COUNSEL JAILED IN CONTEMPT" with various related subheads & a photo as well (see). Much more on the following pages. This issue reports the first of several trials, one of the lengthiest trials in American history. The defendants were accused of violating the Smith Act, a statute which imposed penalties on those who advocated violent overthrow of the government (see hyperlink for more). A landmark case on Communism in the United States. Always nice to have notable events in history reported in this World famous publication.
Other news, sports and advertisements of the day. Complete in 32 pages, minor spine wear, nice condition.