Home > Back to Search Results > "Mitigation of slavery"...
Click image to enlarge 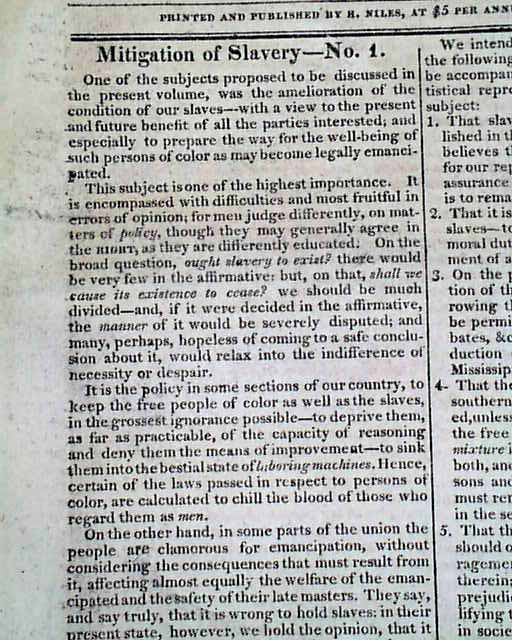 Here is a group of eight issues of this title, each containing an installment of an editorial entitled the "Mitigation of Slavery".

In the "Mitigation of Slavery--No. 1 (May 8, 1819 issue) Hezekiah Niles, the editor and publisher of this title, explains the challenge of emancipation for people of color: "...

This subject is one of the highest importance. It is encompassed with difficulties and most fruitful in errors of opinion; for men judge differently, on matters of policy, though they may generally agree in the Right."...On the broad question, ought slavery to exist? there would be very few in the affirmative; but, on that, shall we cause its existence to cease? we should be much divided--and, if it were decided in the affirmative, the manner of it would be severely disputed; and many, perhaps, hopeless of coming to a safe conclusion about it, would relax in the indifference of necessity or despair....".

Octavo-size, 16 pages, occasional foxing. First time we have ever offered this set! 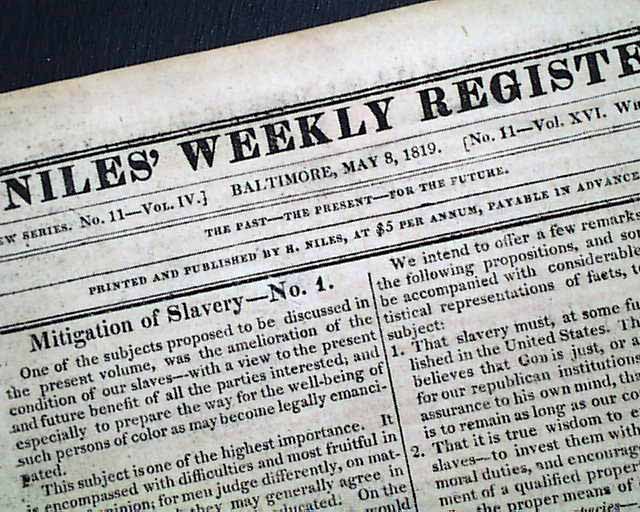 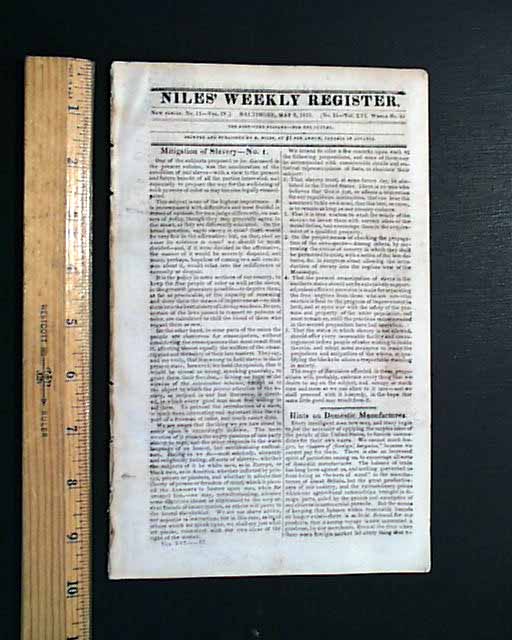 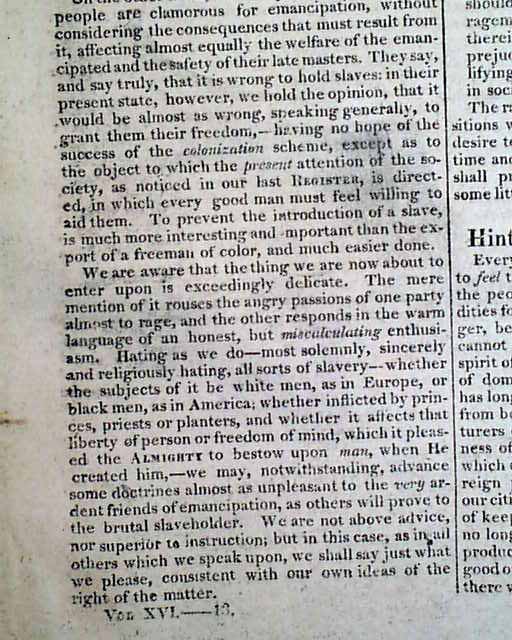 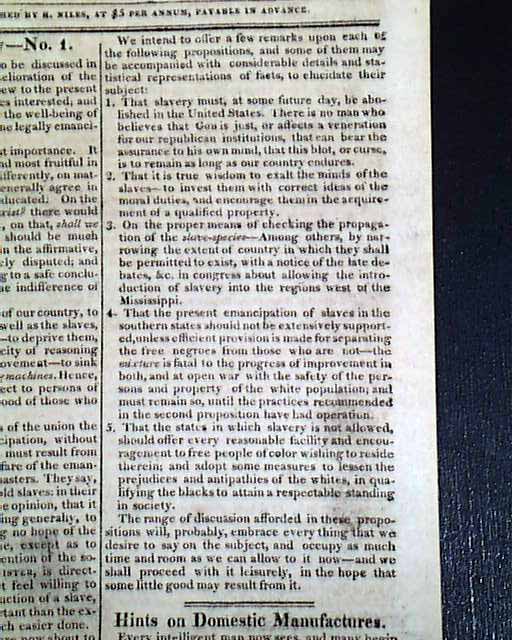 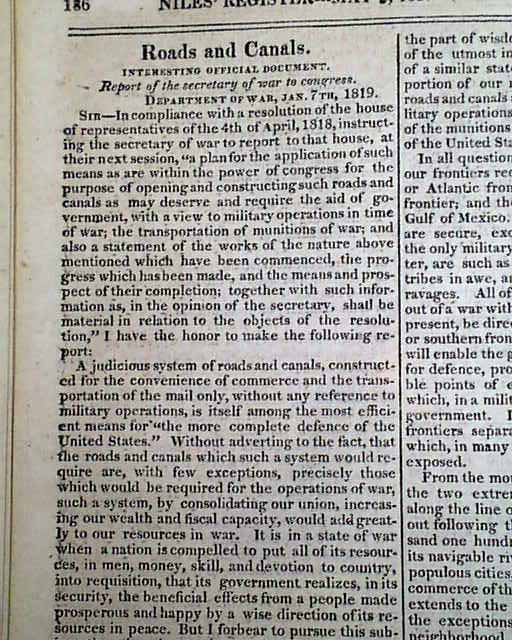 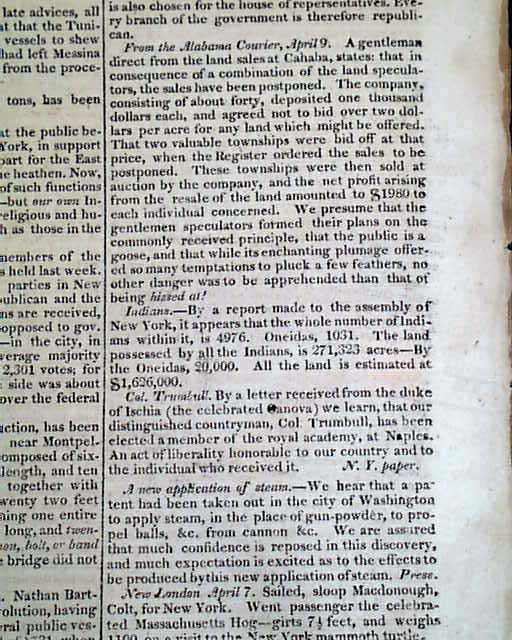