Home > Back to Search Results > England declares war on the American colonies...
Click image to enlarge 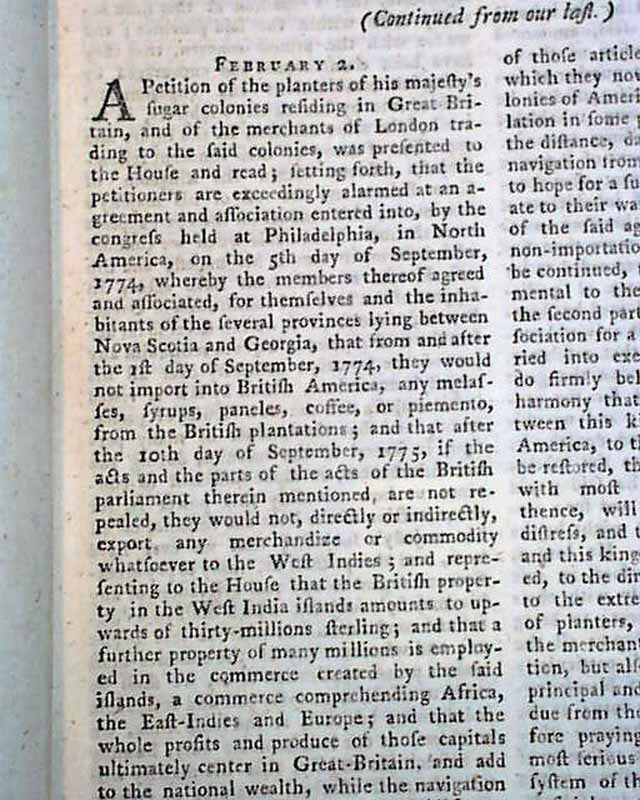 Certainly the most significant content is the very historic "Proclamation For Suppressing Rebellion and Sedition" issued by the King of England. King George officially declared the American colonies to be in rebellion on August 23, 1775 in this Proclamation.
This was a slap in the face to Americans who had just sent him a petition of peace, known as the Olive Branch Petition. This petition assured the king that the Americans remained his loyal subjects and had no desire for independence, as long as their grievances were satisfactorily addressed. It was two days later that King George issued this Proclamation. This is one of the actions that persuaded many wavering American colonists that the king was actively seeking to destroy their God-given rights and led to the Declaration of Independence the next year (see for the full text). This was essentially the "war proclamation" by the King of England. If there was an official British document declaring war, this would be it.
Additionally, there is a tremendous amount of text concerning the troubling relationship between England and the colonies during this critical year, with 13 pages of discussion in Parliament, mostly focused on the American situation. A few bits note: "...are exceedingly alarmed at an agreement & association entered into by the congress held at Philadelphia...on the 5th day of September, 1774 [First Continental Congress], they would not import into British American any molasses, syrups, coffee...from the British plantations...".
Also: "...it will be said, ins American then to enjoy the protection of Great Britain and to contribute nothing towards the support of that very state which has so long given it protection and security, which has nursed it up to its present greatness?..." and: "...That America, by every tie human nature can devise, out to be subordinate to the authority of Great Britain, is beyond a doubt...He here offered  several arguments to prove it, and said, 'I will never consent to the rescinding, the discharging, or the repealing of any one resolution, order or act, that either the last or any former parliament has passed for declaring, maintaining, and enforcing the legislative authority of Great Britain over all its colonies...". The photos show only small portions of the extensive American content.
Both plates called for are present, one being a nice full page print of Peter the Great with a related article.
Complete in 56 pages, 5 by 8 inches, worm holes to some leaves but not affecting any mentioned content, nice condition. 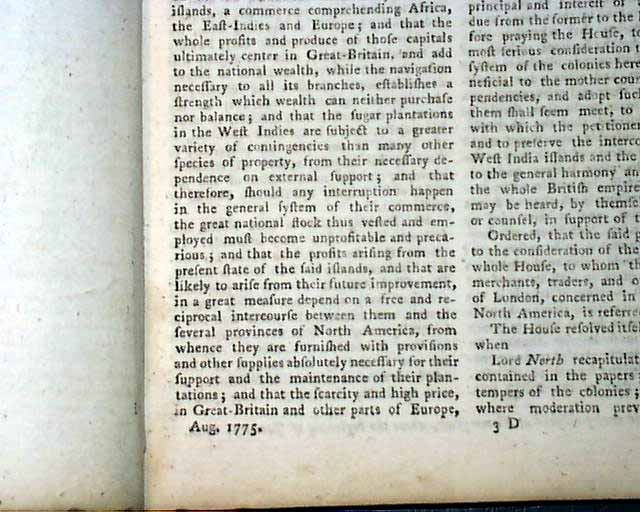 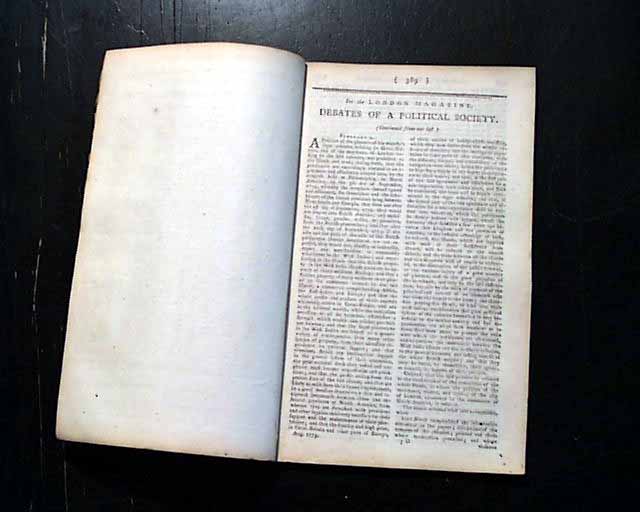 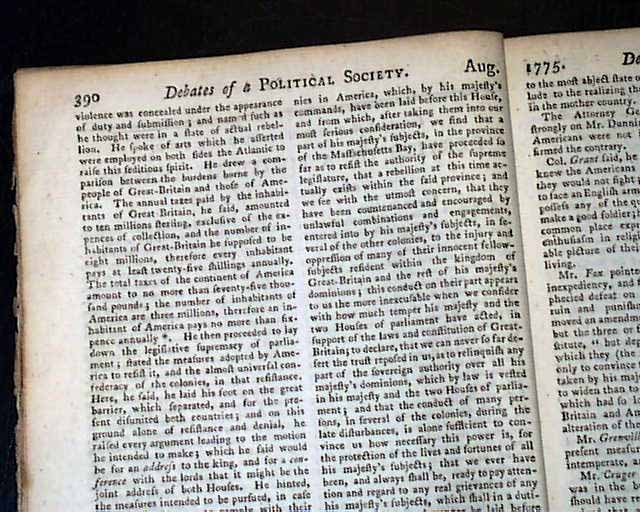 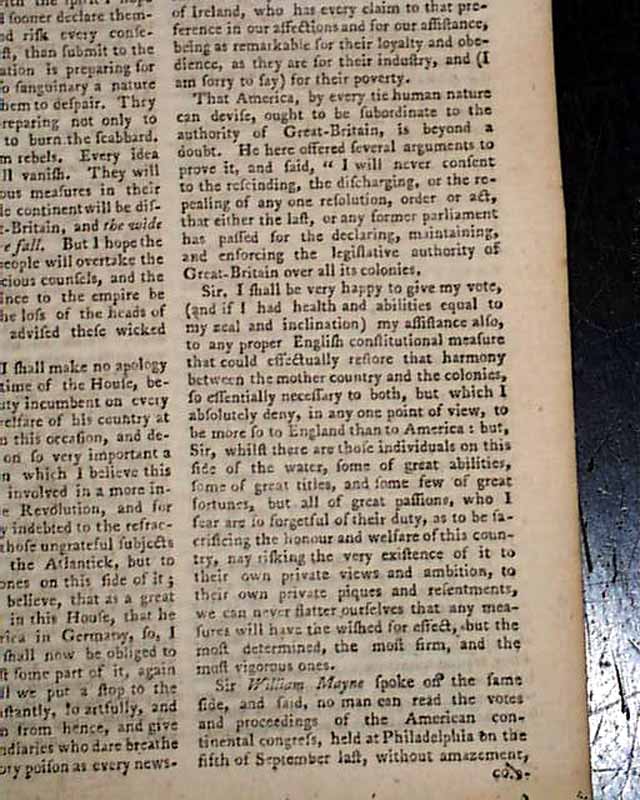 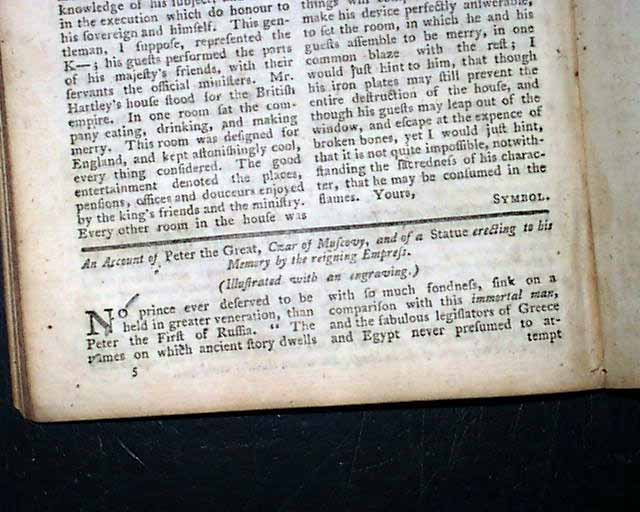 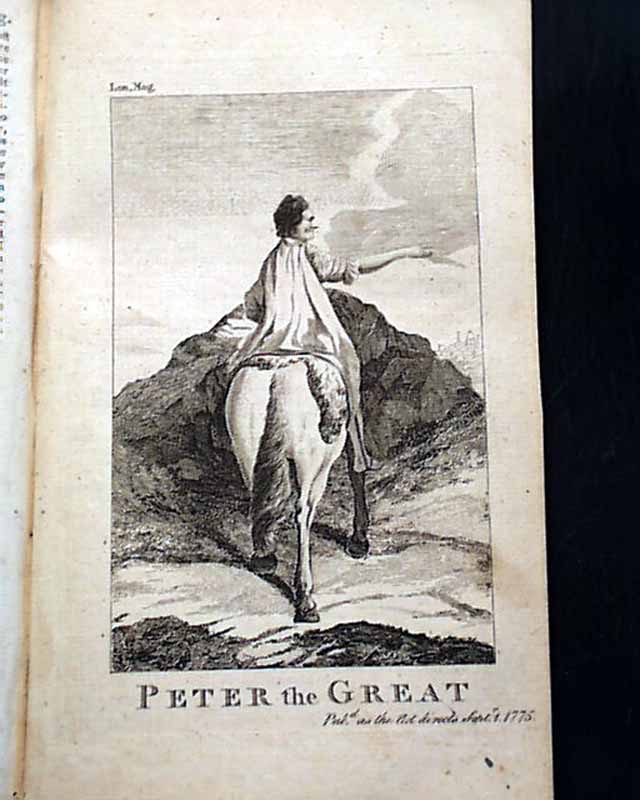 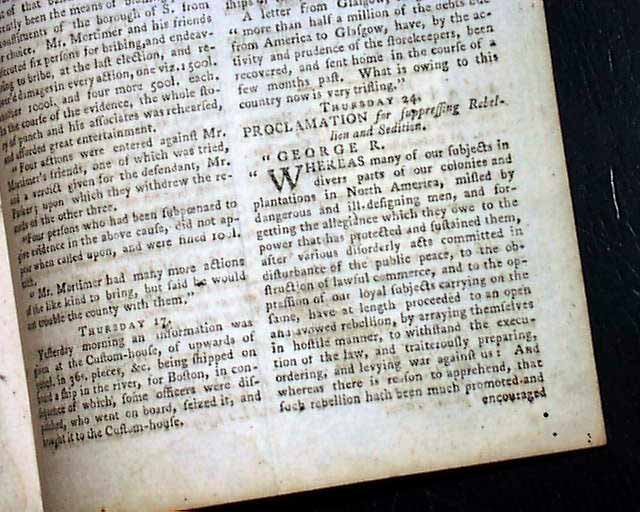 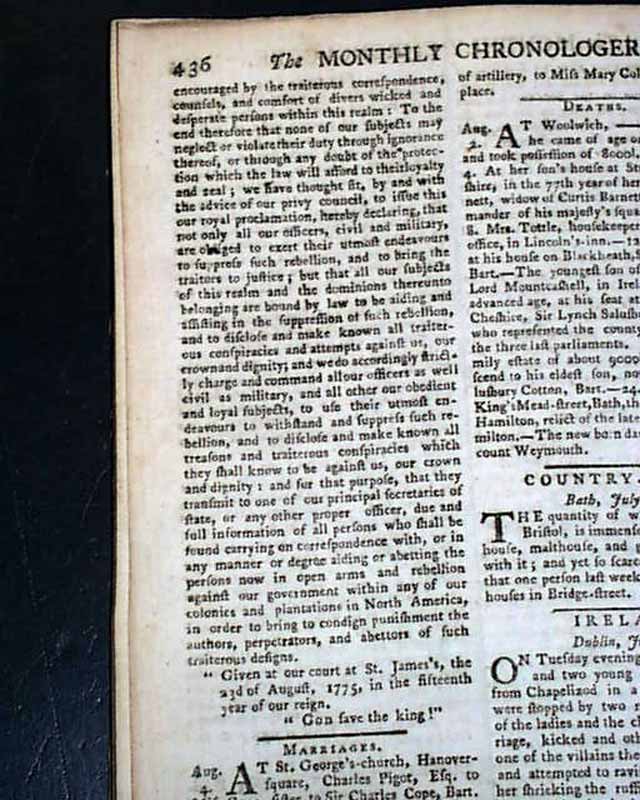 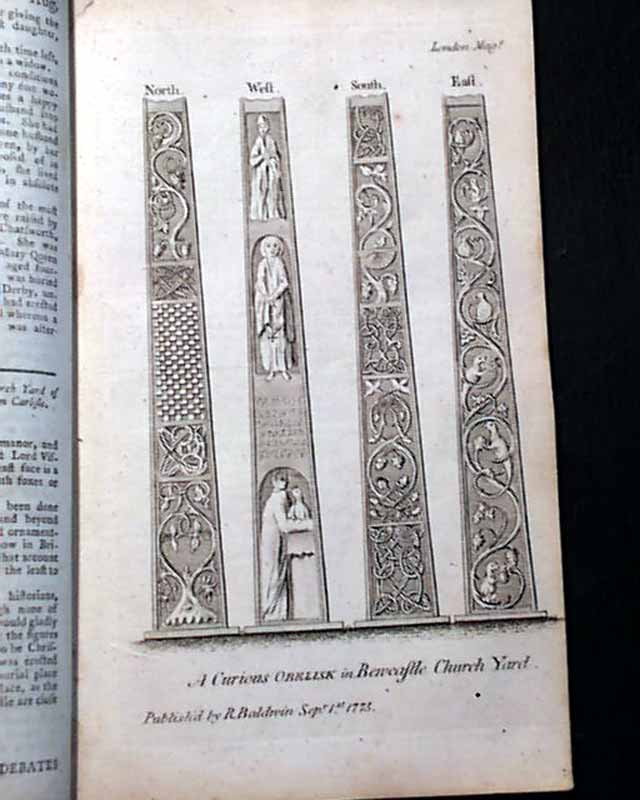 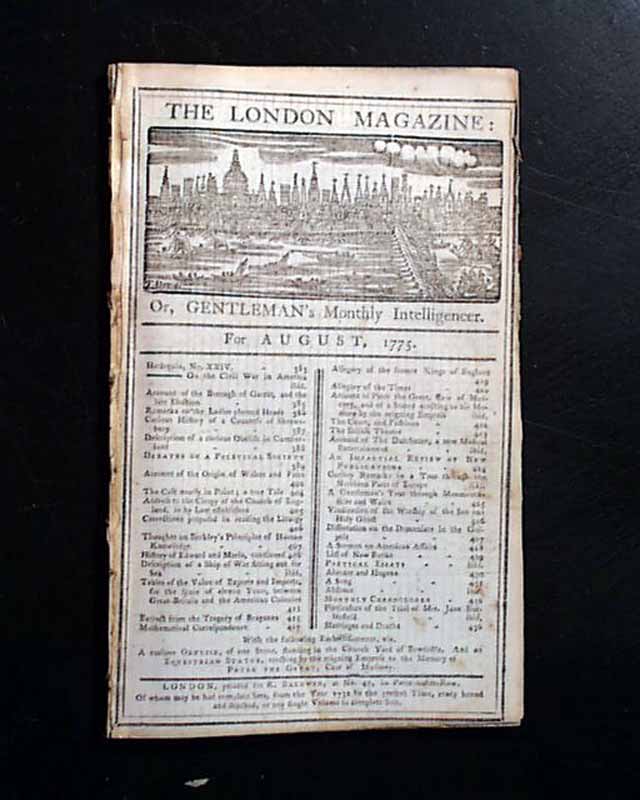