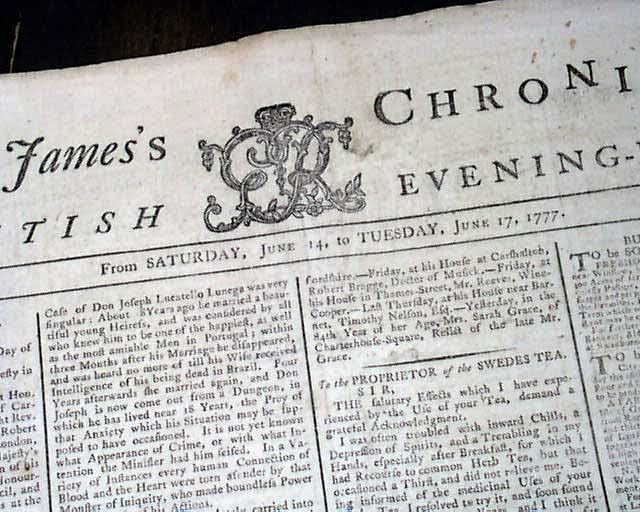 
THE LONDON EVENING POST, England, June 17, 1777  The ftpg. notes: "...that General Carleton is within 45 miles of Ticonderoga. The garrison at that place is commanded by Gen. Wayne." And other reports including that General Howe is still at New York.
Page 2 begins with a nearly full column two-column list of: "History of the War in America" with a list of the "British Account" and a list of the "American Relations".
Pages 3 & 4 have more war content, one report beginning: "The establishment of a military force in America if our arms succeed, is inevitable; if we fail, we lose all power over and connextion with the colonies." Other reports as well as shown in the photos.
Four pages, folio size, never-trimmed margins, red tax stamp on the front page, good condition.