Home > Aviation history in the making...
Click image to enlarge 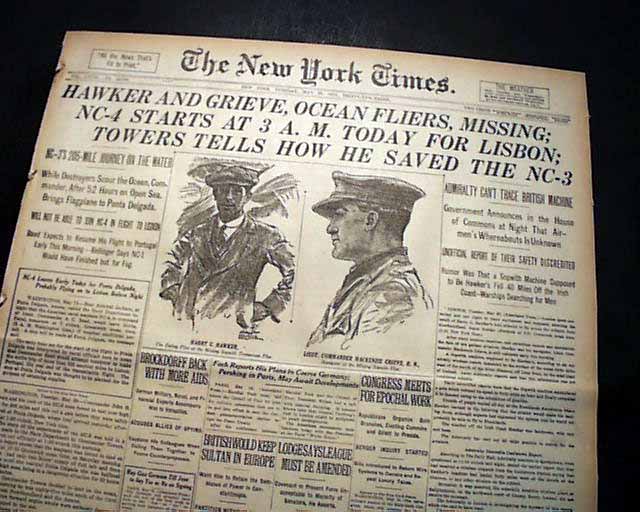 Aviation history in the making...

The front page has a nice banner headline: "HAWKER AND GRIEVE, OCEAN FLIERS, MISSING; NC-4 STARTS AT 3 A. M. TODAY FOR LISBON; TOWERS TELLS HOW HE SAVED THE NC-3" with many subheads and related illustrations. (see) More on page 2. This event was very significant at the time, but was overshadowed just a few weeks later when Alcock & Brown made the first non-stop trans-Atlantic flight, and then of course the first non-stop solo flight by Lindbergh 8 years later. Always nice to have notable events in history reported in this World famous publication.
Other news, sports and advertisements of the day. Complete with all 32 pages, light toning at the margins, nice condition.