Home > Back to Search Results > Robert E. Lee, while a cadet at West Point...
Click image to enlarge 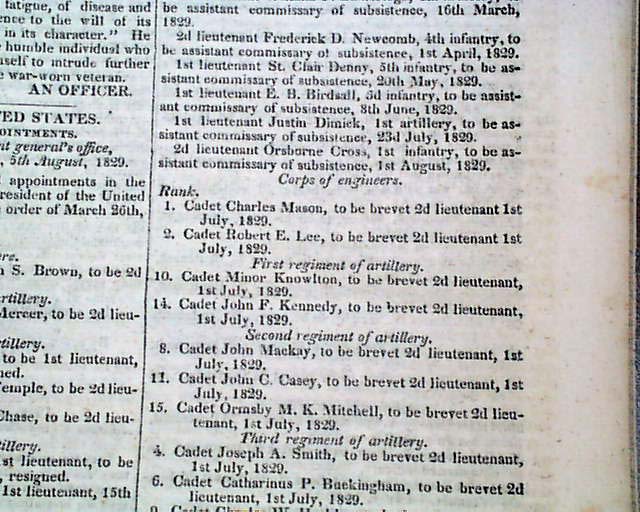 Robert E. Lee, while a cadet at West Point...


NILES' WEEKLY REGISTER, Baltimore, Aug. 29, 1829  Inside has over a full page taken up with: "Army of the United States - Promotions & Appointments", with one of the entries reading: "Cadet Robert E. Lee, to be brevet 2nd lieutenant 1st July, 1829". A very early report of the future & famous Confederate general. Also within: "The Creek Indians" which is an address from them to the people of Alabama & Georgia concerning rumors that the Creeks are angry & hostile to the citizens.
Sixteen pages, 6 1/4 by 9 1/2 inches, scattered foxing, but in nice condition.