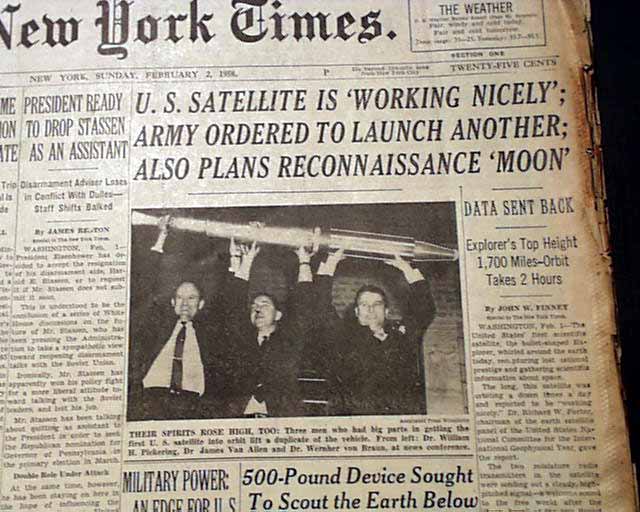 The front page has a four column headline announcing America's successful entry in the space race with: "U. S. SATELLITE IS 'WORKING NICELY'; ARMY ORDERED TO LAUNCH ANOTHER; ALSO PLANS RECONNAISSANCE 'MOON'" with subheads and related photo. Keep in mind this was but 5 months after the Soviet Union's successful launch of Sputnik which shocked American scientists and caused a rush to make this launch happen as early as possible. And also just a few months after America's first effort, which resulted in an embarrassing failure.
Complete with all 48 pages, a little wear with light foxing alog the right margin, some creasing, generally nice.