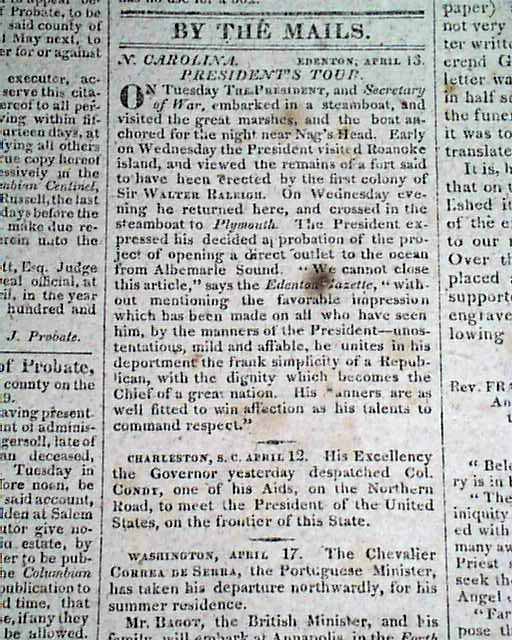 On the frontpage under "President's Tour" are details about James Monroe's visit to N. Carolina stating his boat anchored at Nags Head, and later visited Roanoke Island"...and viewed the remains of a fort...erected by the first colony of Sir Walter Raleigh." Also mentions his support of a project to open a direct outlet to the ocean from Albemarle Sound, and that he made a favorable impression to all. Page two has his response to an address from the citizens of Plymouth, signed in type: James Monroe.
Complete in four pages.  Some rubbing on the frontpage to unrelated content, otherwise nice condition. 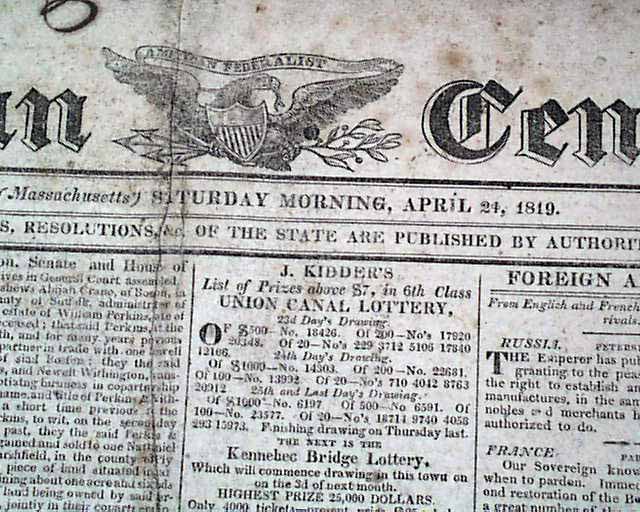 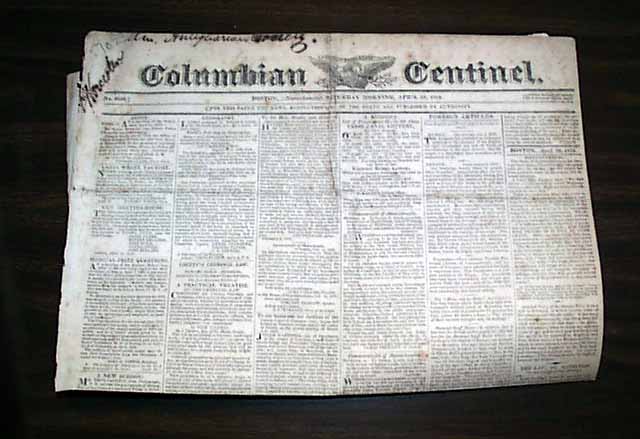 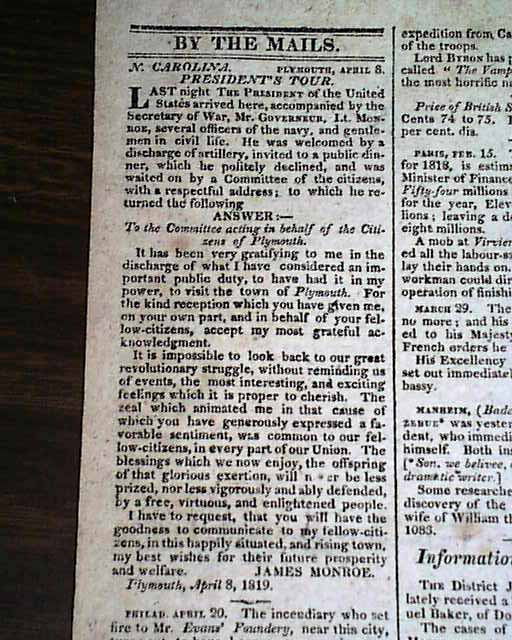 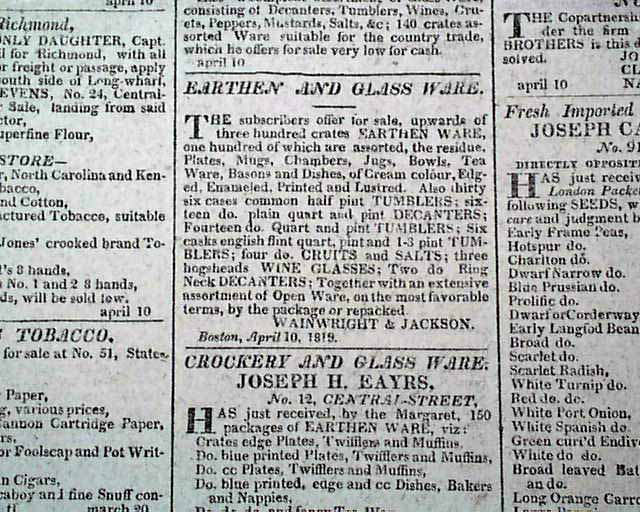