Home > Back to Search Results > Thoughts on buying Texas from Mexico, in 1829...
Click image to enlarge 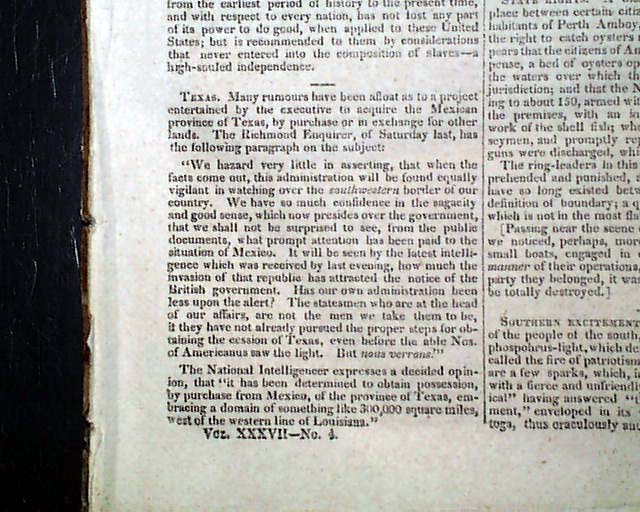 
NILES' WEEKLY REGISTER, Baltimore, Sept. 19, 1829  The ftpg. has an item: "Texas" which begins: "Many rumours have been afloat as to a project entertained by the executive to acquire the Mexican province of Teas by purchase or in exchange for other lands...". An interesting item in light of the Texas war for independence less than 7 years later.
Also within: "Newly Discovered Letter" by George Washington dated March 28, 1790, printed here; "The Shakers" is very descriptive of the community; "Sioux Indians" takes half a page: "Important Indian Treaty" "The Slave Trade & Slavery" & more.
Sixteen pages, 6 1/4 by 9 1/2 inches, a few discrete archival mends (primarily in the right margin), otherwise in nice condition.