Home > Back to Search Results > New York is captured...
Click image to enlarge 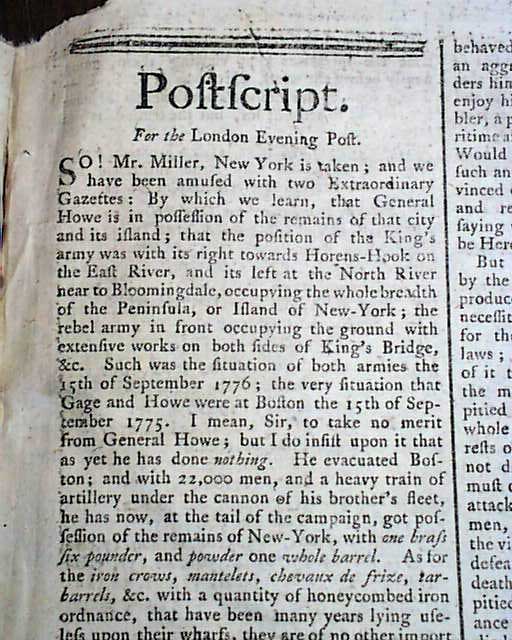 
THE LONDON EVENING POST, England, Nov. 14, 1776  Page 3 begins with a letter concerning the Revolutionary War, bits including: "...New  York is taken...that General Howe is in possession of the remains of that city and its island; that the position of the King's army was with its right towards Horens-Hook, on the East River...the rebel army in front occupying the ground with extensive works on both sides of King's Bridge...take no merit from General Howe; but I do insist upon it that as yet he has done nothing. He evacuated Boston..." with much more on this.
Then an article: "On the Inhuman Practice of Pressing", or impressment, whereby military men are forced into the service of an opposing force. This typically happened among the naval forces in the 18th and early 19th centuries.
Four pages, never-trimmed margins, red tax stamp on the front page, nice condition.