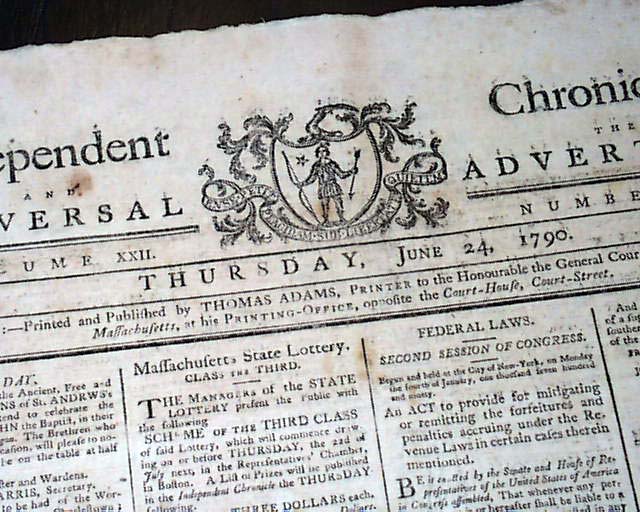 
INDEPENDENT CHRONICLE  & UNIVERSAL ADVERTISER, Boston, June 24, 1790  Over one-quarter of the ftpg. is taken up with two Acts of Congress each signed in type by the President: George Washington, as well as by John Adams and Thomas Jefferson. One of the acts is: "...for the Government of the Territory of the United States South of the River Ohio".
Various news reports inside including a: "Eulogium...Delivered at the Grave of the late General Israel Putnam", as well as various: "Appointments Made...By the President".
Four pages, handsome masthead, wide never-trimmed margins, very nice condition.