Home > Back to Search Results > Early on the Shakers... Letter signed by George Washington...
Click image to enlarge 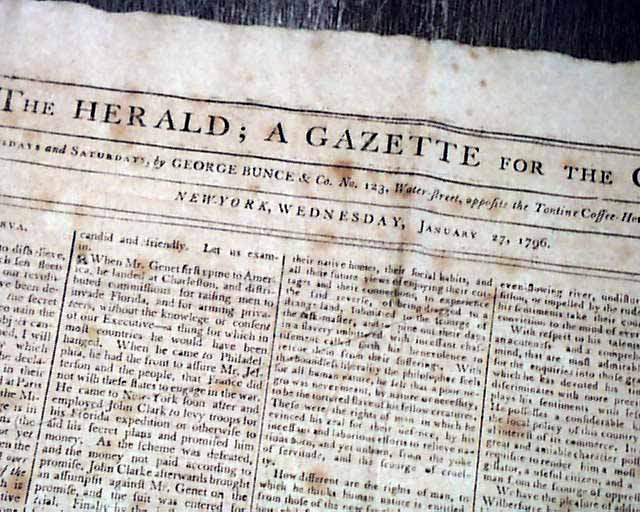 Early on the Shakers... Letter signed by George Washington...


THE HERALD, A GAZETTE FOR THE COUNTRY, New York, Jan. 27, 1796  The front page has reports from the: "Federal Legislature - House of Representatives" which carries over to pg. 2. Page 3 has an item beginning: "The Shakers in the neighbourhood of New Leganan Spring...are of late in a great fermentation which seems to indicate an approaching revolution among them...".
The back page has a letter from people in Winchester, Va., to the President, followed by: "The President's Answer" signed in type: Geo. Washington.
Four pages, never-trimmed margins, nice condition.