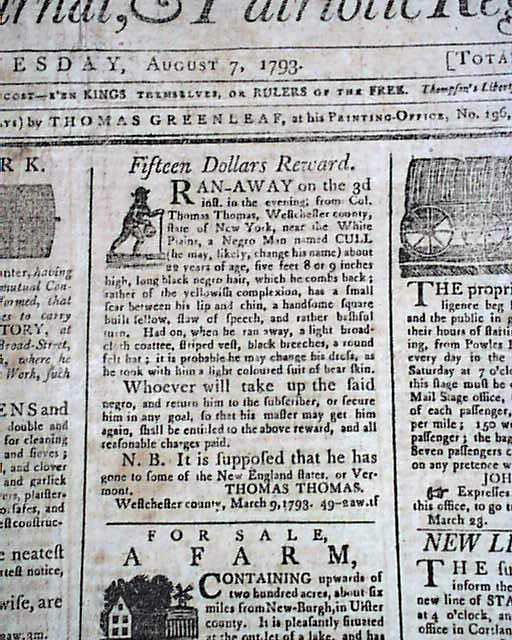 The ftpg. is filled with ads, several of which are illustrated including one for a runaway "...Negro man named Cull..." with descriptive details.
Page 3 has most of a column taken up with a detailed article on the naval battle between the Ambuscade and the Boston frigates.
Four pages, never-trimmed margins, very nice condition.