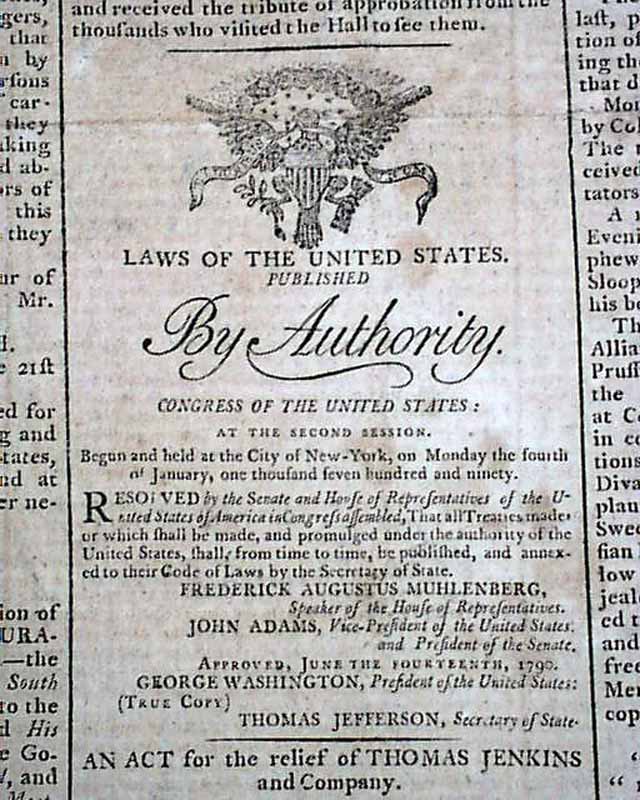 
GAZETTE OF THE UNITED STATES, New York, June 16, 1790  Nearly half of the front page & a bit of page 2 contain: "The Charge of Chief Justice Jay to the Grand Juries of the Eastern Circuit".
Much of page 2 is taken up with reports from "Congress, House of Representatives".
Page 3 has a brief yet significant report from Congress noting: "...brought in a bill authorizing & empowering the President of the United States to purchase such a part of the tract of land at West Point as the public service may render necessary--read the first time."  This tract of land would ultimately become the military academy at West Point.
Page 3 also contains Two Acts of Congress headed with a nice engraved heraldic eagle, each one signed in type by George Washington, Thomas Jefferson, and John Adams.
Four pages, wide, never-trimmed margins, bit of foxing, nice condition.