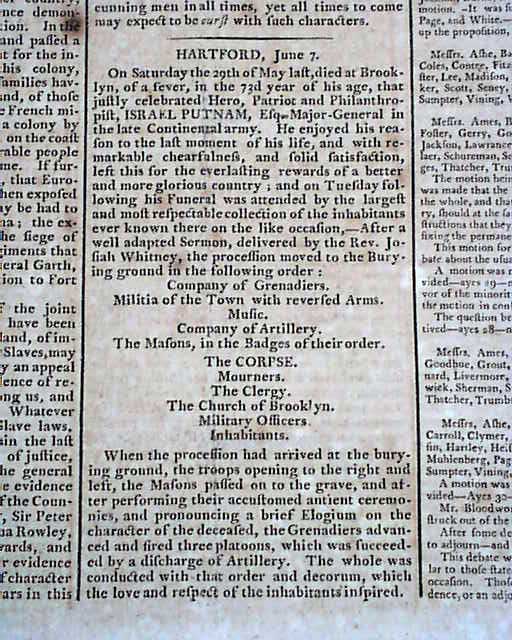 A page 2 report announces the death of: " ...that justly celebrated hero, Patriot and Philanthropist, ISRAEL PUTNAM...", plus some details about the funeral.
The top of page 3 has a Congressional Resolve headed with ornate letter and an engraving of a heraldic eagle, signed in type by: George Washington, President, John Adams, Vice President, and Thomas Jefferson, Secretary of State.
Page 3 has a report on the return of the President: "....from Sandy Hook and the fishing banks, where he has been for the benefit of the sea air, and to amuse himself in the...recreation of fishing...".
Four pages, wide, never-trimmed margins, small binding holes at the blank spine, a bit of foxing and light damp staining.