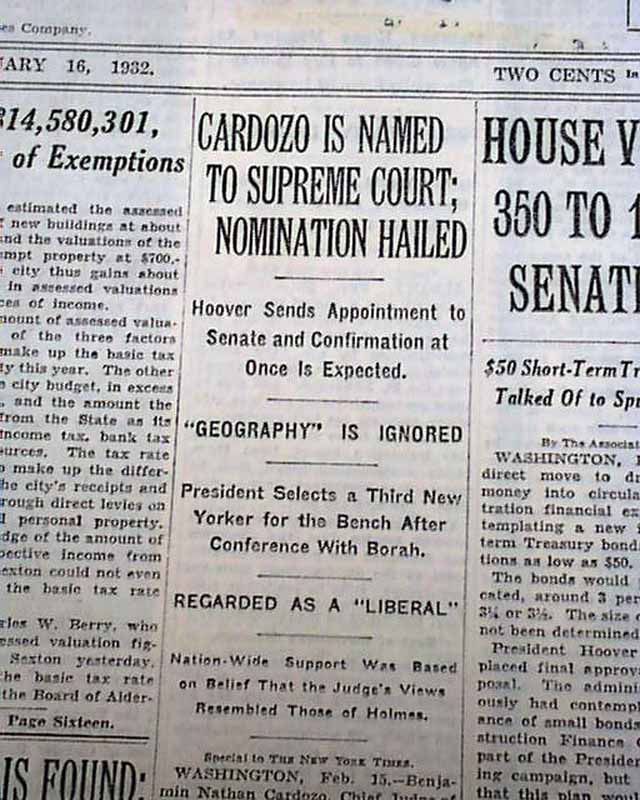 The top of the front page has a one column heading: "CARDOZO IS NAMED TO SUPREME COURT; NOMINATION HAILED" with subheads. (see) Much more on page 3 with photo. Loads of text here. First report coverage on President Herbert Hoover appointing Benjamin Nathan Cardozo to the Supreme Court of the United States. Always nice to have notable events in history reported in this World famous publication.
Other news, sports and advertisements of the day. Complete in 44 pages, rag edition, a little wear along the bottom margin, some spine residue from disbinding, otherwise very nice.