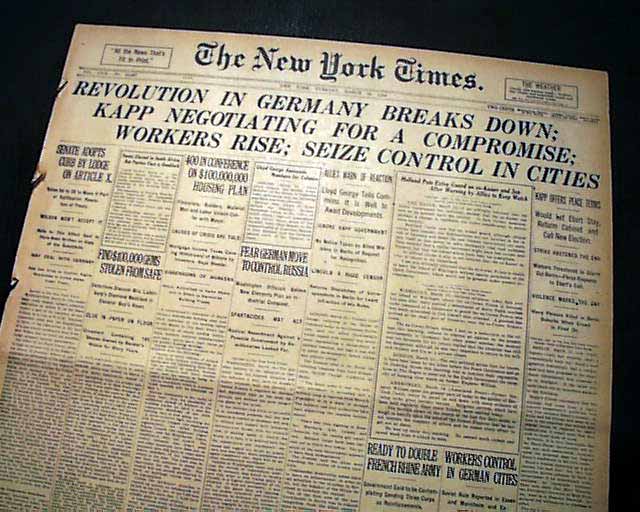 The front page has a nice banner headline: "REVOLUTION IN GERMANY BREAKS DOWN; KAPP NEGOTIATING FOR A COMPROMISE; WORKERS RISE; SEIZE CONTROL IN CITIES" with many subheads. (see) Lengthy text continues inside. Always nice to have notable events in history reported in this World famous publication.
Complete with all 32 pages, light toning, a little irregular along the spine, generally nice. 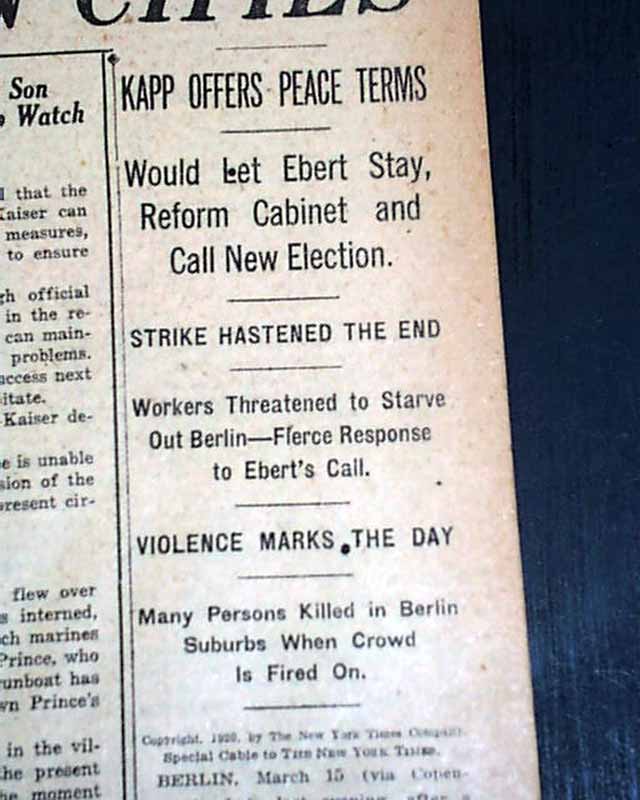 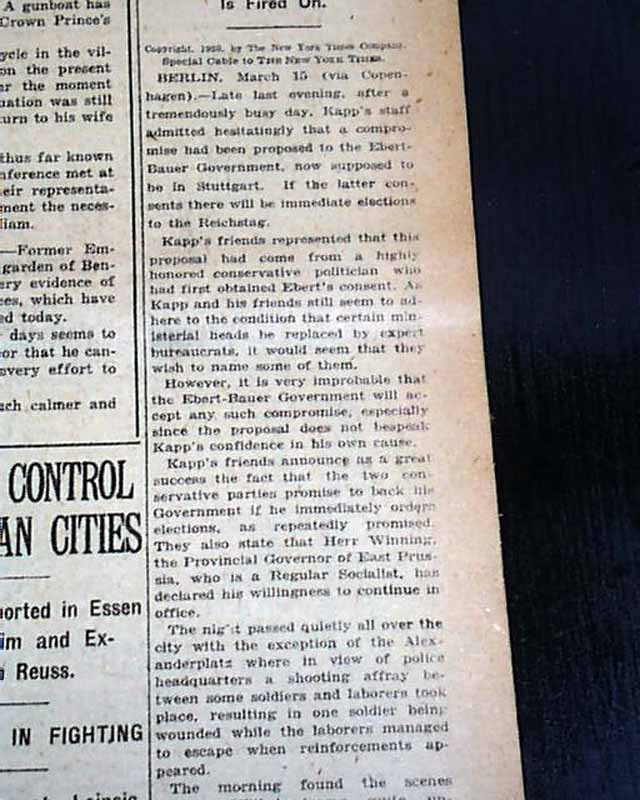 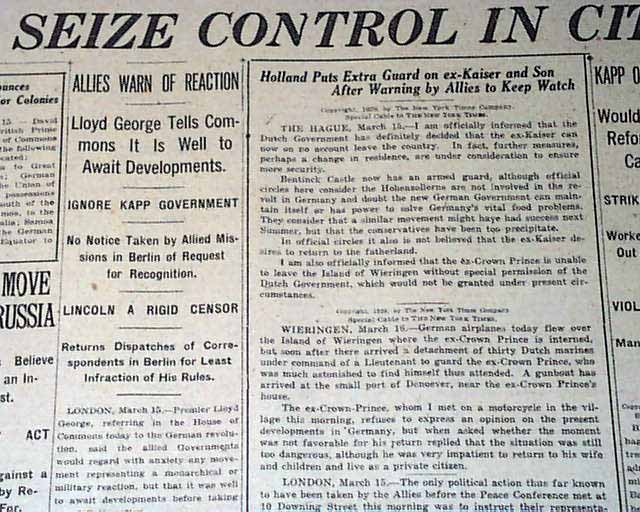 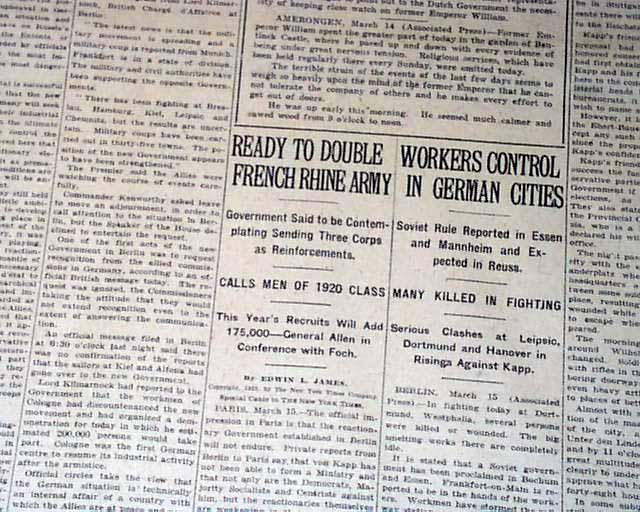 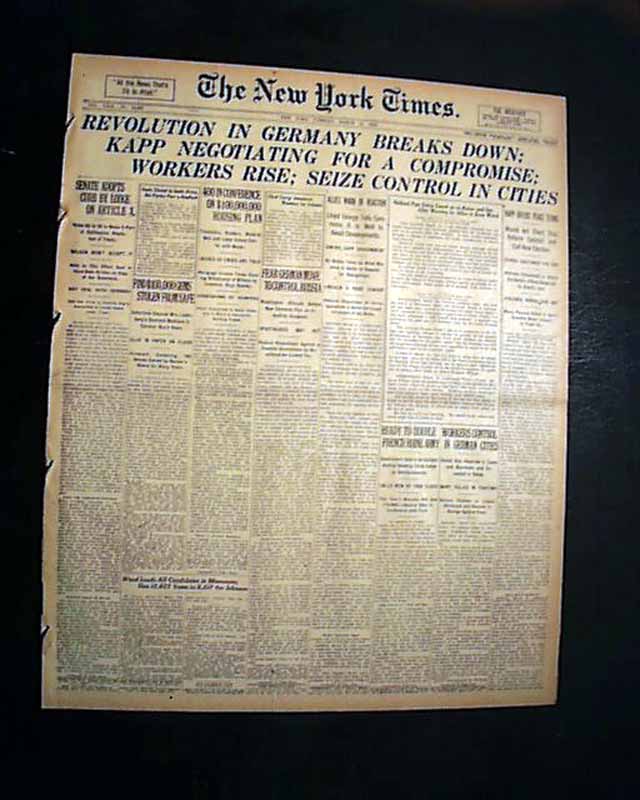