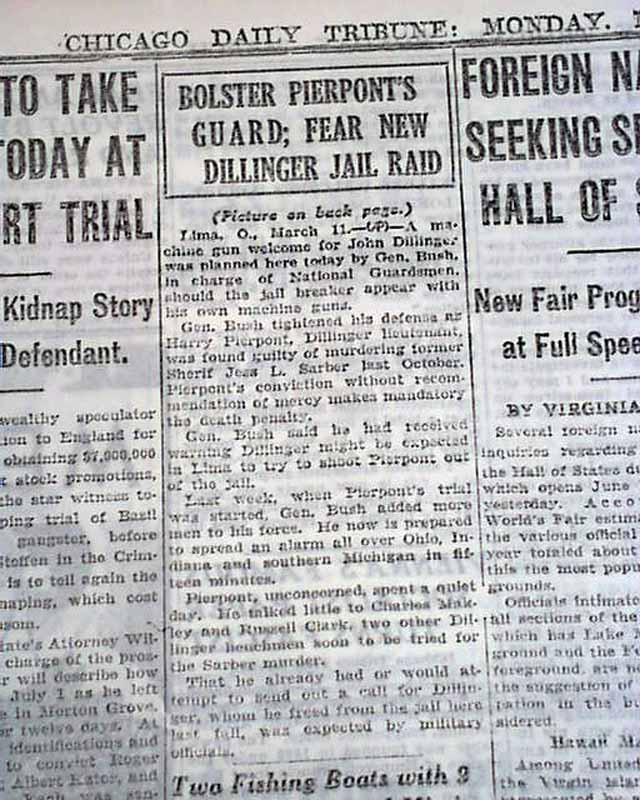 The top of page 5 has a one column heading: "Bolster Pierpont's Guard; Fear New Dillinger Jail Raid" Related photo is on the back page. (see) When it comes to gangsters, organized crime, and the nefarious activities born out of the Prohibition and Great Depression eras, no city is more in the forefront of our minds than Chicago - and what better newspaper can be found than the Chicago Tribune, self-proclaimed to be "The World's Greatest Newspaper".
Complete with all 28 pages, this is the "rag edition" printed on very high quality newsprint meant for institutional holdings. In great condition as such, a few small binding holes at the blank spine.

wikipedia notes: After Dillinger stunned the country by breaking out of the jail at Crown Point, Indiana with a wooden gun on March 3, 1934, it was suspected that he would try to break his pals out of the death house in Columbus, Ohio. Elaborate precautions were taken to keep Pierpont and Makley locked up, on the assumption that Dillinger would show, but he didn't, as he had teamed up with Baby Face Nelson. 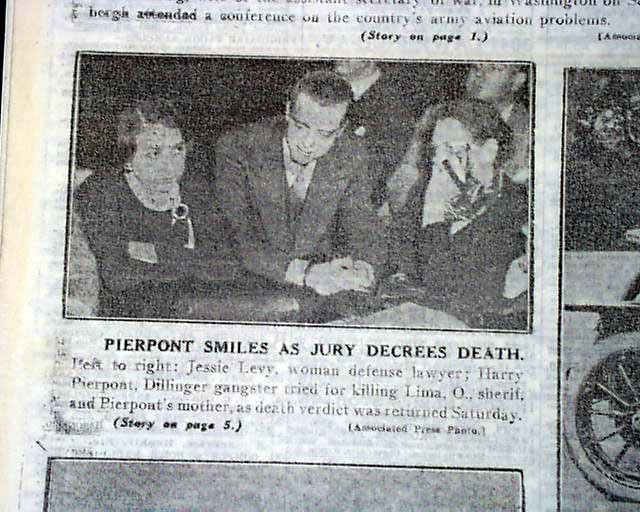 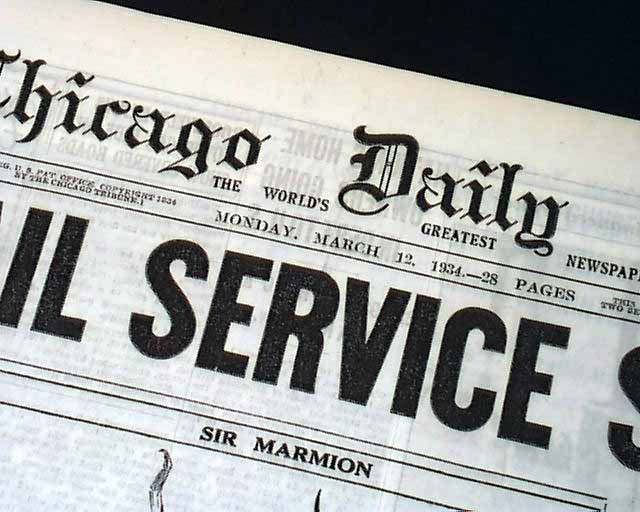 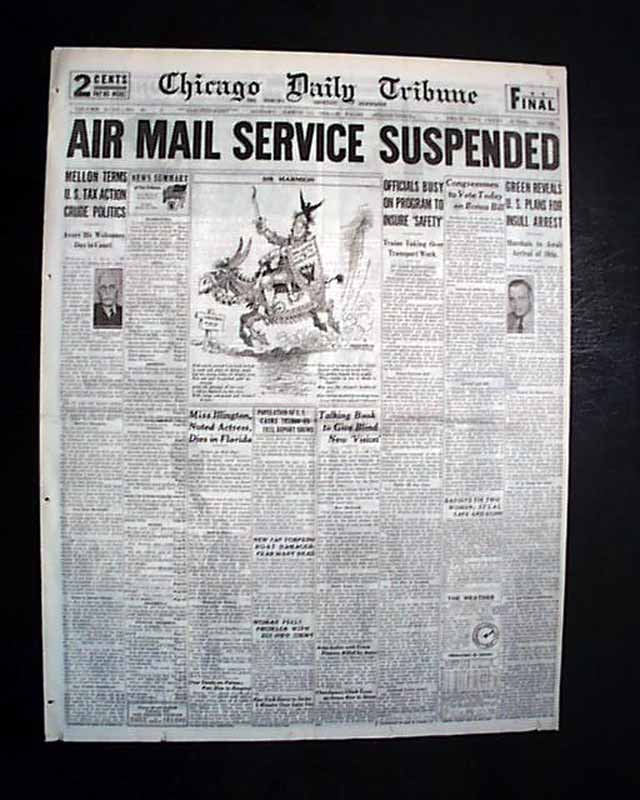