Home > Back to Search Results > Novelist Edgar Wallace in 1932....
Click image to enlarge 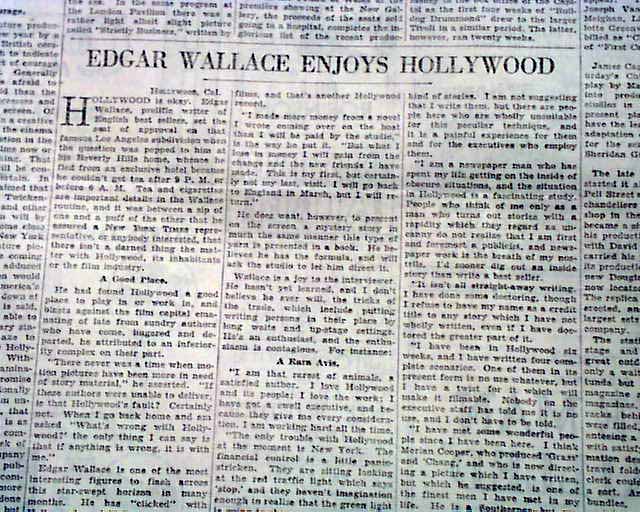 Page 6-X of this section has a three column heading: "EDGAR WALLACE ENJOYS HOLLYWOOD" See images for coverage on Wallace's visit to Hollywood. It was here that he would became gravely ill and die about two weeks later.
Complete section 8 only with all 16 pages, rag edition in nice condition.