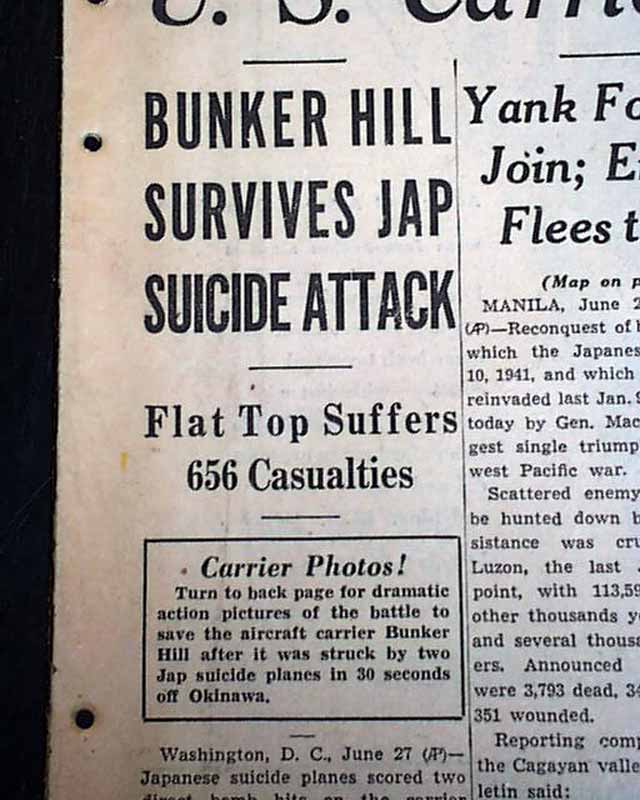 The front page has a four column heading: "U. S. Carrier Hit, 373 Die" with subheads that include: "BUNKER HILL SURVIVES JAP SUICIDE ATTACK" and more. Full back page pictorial is nice for display. (see) First report coverage on the Japanese kamikaze attacks on the USS Bunker Hill during the invasion of Okinawa. Reporting on many disasters such as this were kept from the public, sometimes for many months, until the family members of the killed were all notified, giving the reason for this late report. Still a first report here. Always nice to have notable events in history reported in this World famous publication.
Complete with all 34 pages, light toning at the margins, small library stamp within the masthead, small binding holes along the spine, generally very nice.