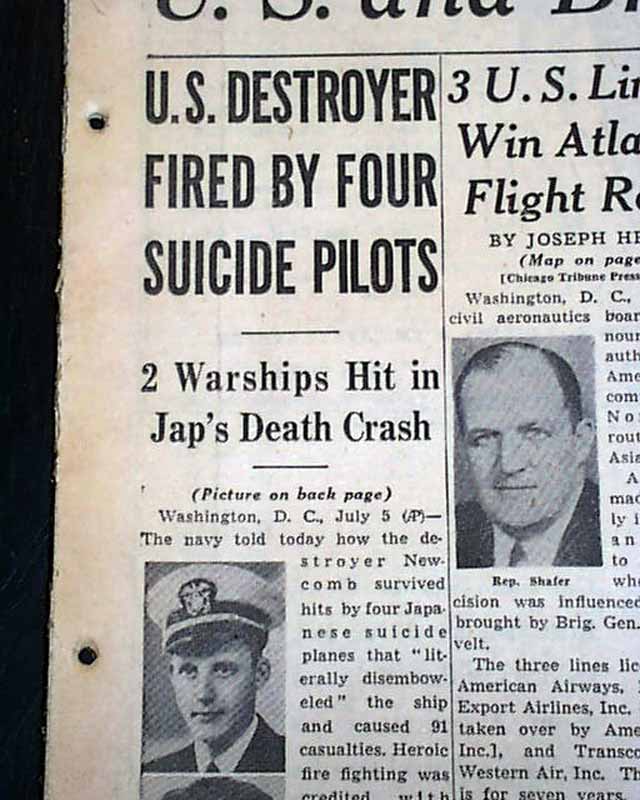 The front page has a one column heading: "U.S. DESTROYER FIRED BY FOUR SUICIDE PILOTS" with subhead. Photo of the damaged warship is on the back page. (see) First report coverage on the kamikaze airplane attacks on the USS Newcomb during the invasion of Lingayen Gulf. Reporting on many disasters such as this were kept from the public, sometimes for many months, until the family members of the killed were all notified, giving the reason for this late report. Still a first report.
Complete with all 28 pages, light toning at the margins, small library stamp within the masthead, small binding holes along the spine, generally very nice.