Home > Back to Search Results > Capture of Mexico City by Winfield Scott...
Click image to enlarge 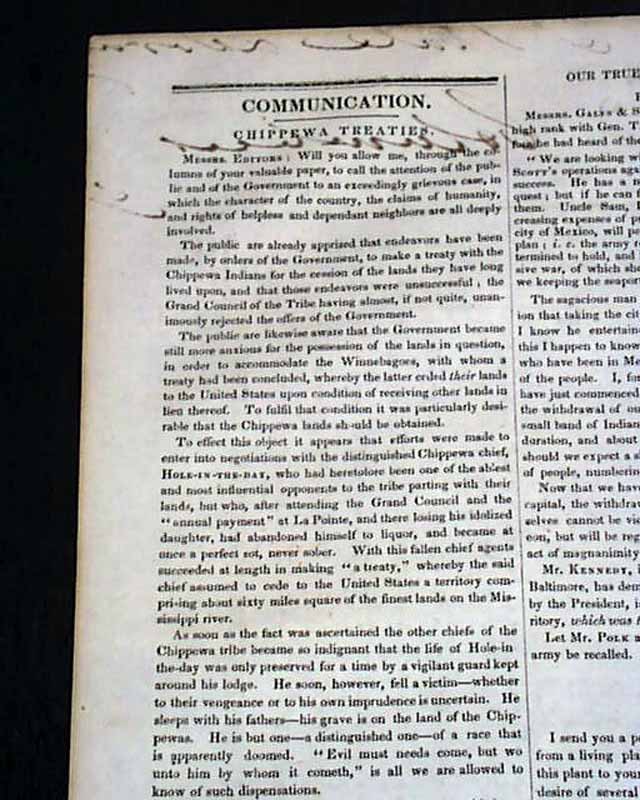 Page 2 has: "Chippewa Treaties" as well as a lengthy letter: "On The Origin of the War", being the Mexican War.
Page 3 has a notable report headed: "The Capital taken by General Scott--Our Flag Flying over the Halls of the Montezumas!" with details of the capture of the city. Also: "The War News", and a letter headed: "General Taylor" from Monterey & signed in type: Z. Taylor. This is followed by 5 additional letters on the Mexican War.
Much more on the terms of surrender, too much to detail here.
Four pages, very nice condition.