Home > Back to Search Results > George Washington becomes a benefactor to the Alexandria Academy... A tricorne hat advertisement...
Click image to enlarge 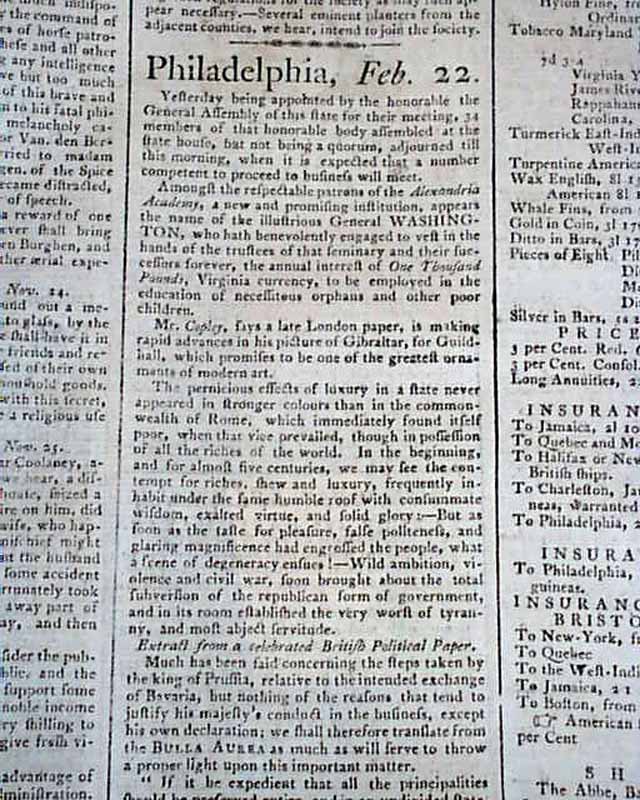 George Washington becomes a benefactor to the Alexandria Academy... A tricorne hat advertisement...

An issue from the brief period between the end of the Revolutionary War and before the creation of the Constitution & the new federal government.
Page 3 has a report: "Amongst the respectable patrons of the Alexandria Academy, a new & promising institution, appears the name of  the illustrious General WASHINGTON, who hath benevolently engaged  to vest in the hands of the trustees of  that seminary and their successors forever, the annual interest of one thousand pounds, Virginia currency, to be employed in the education of necessitous orphans and other poor children."
The back page has an illustrated ad for a "Hat Manufactory" which shows the iconic tricorne (three corner) hat of the colonial period.
Four pages, very nice condition. 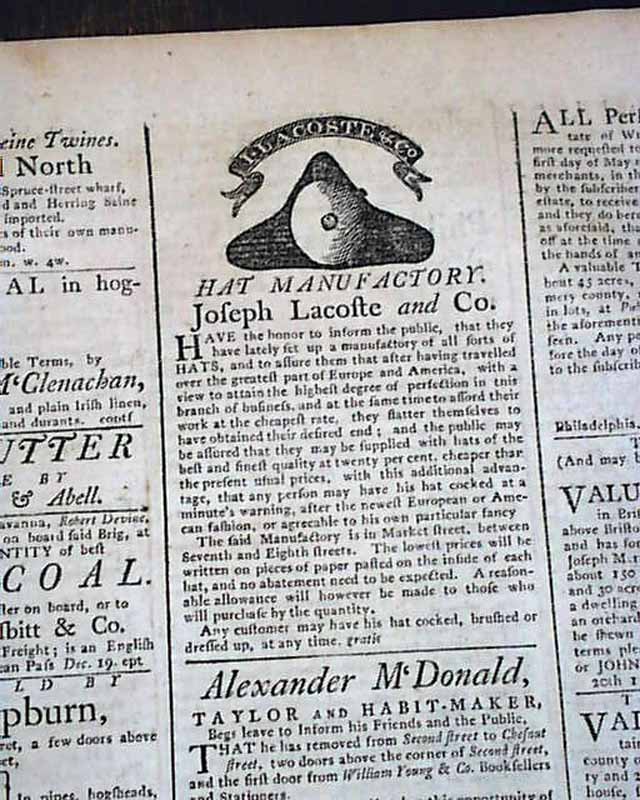 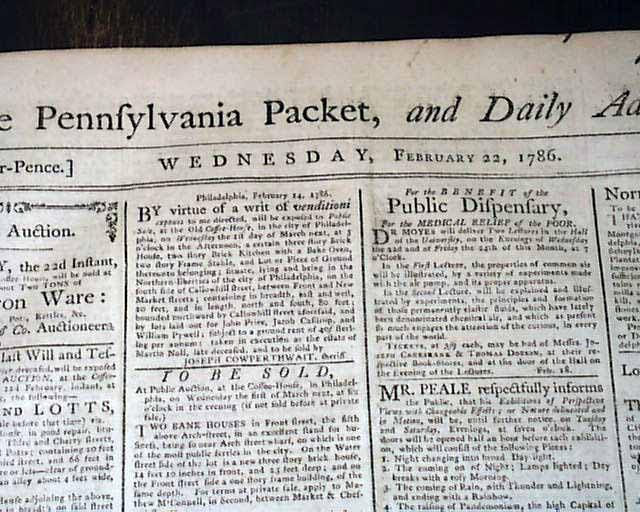 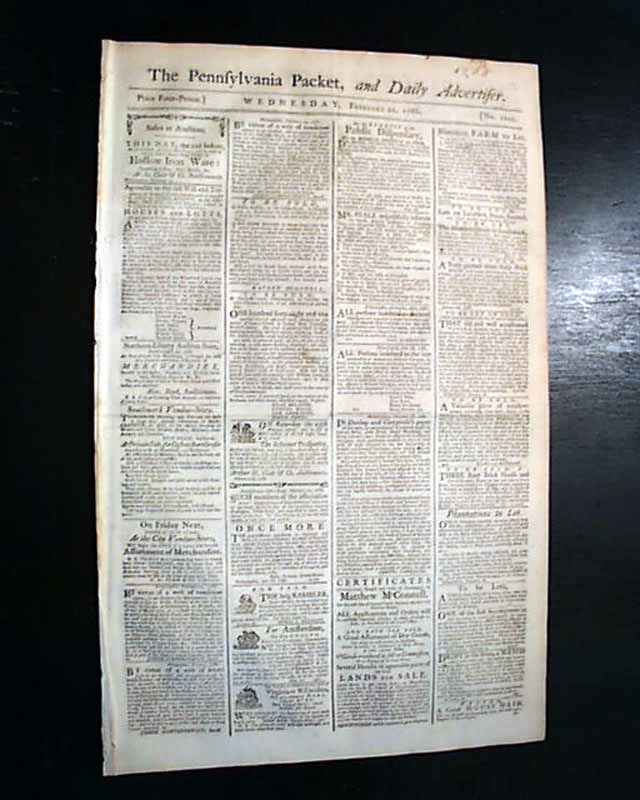