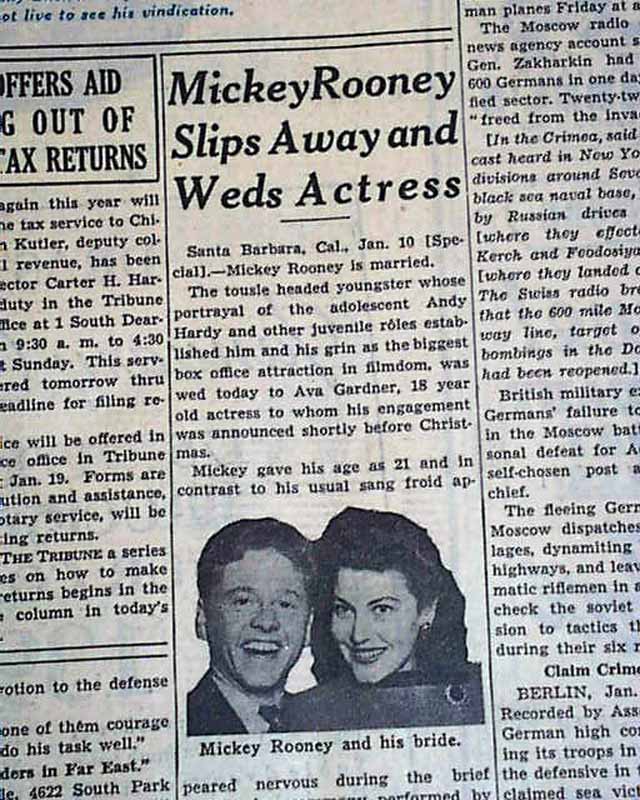 The front page has a one column heading: "Mickey Rooney Slips Away and Weds Actress" with small photo. (see)
World War II News of the day. Complete 1st section only with 18 pages, light toning at the margins, small library stamp within the masthead, small binding holes and small tape mend along the spine, generally very nice.

wikipedia notes: Soon after Gardner arrived in Los Angeles, she met fellow MGM contract player Mickey Rooney; they married on January 10, 1942. The ceremony was held in the remote town of Ballard, California, because MGM studio head Louis B. Mayer was worried that fans would desert Rooney's Andy Hardy movie series if it became known that their star was married. Largely due to Rooney's serial adultery, Gardner divorced him in 1943, but agreed not to reveal the cause so as not to affect his career.