Home > Back to Search Results > Great accounts of the Battle of Cowpens...
Click image to enlarge 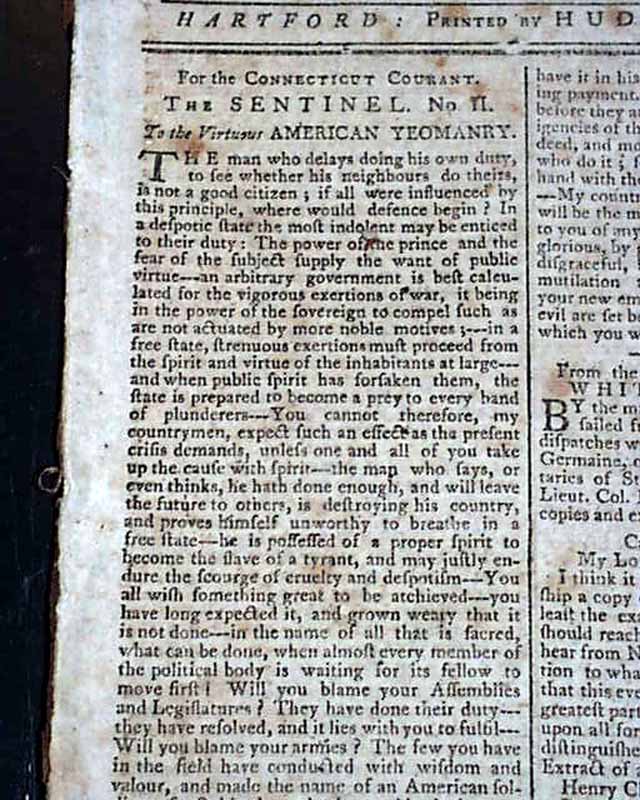 Great accounts of the Battle of Cowpens...

The front page begins with a letter: "To the Virtuous American Yeomanry", which is supportive of the cause to support the American effort. Bits include: "...You cannot...expect such an effect as the present crisis demands unless one and all of you take up the cause with spirit--the many who says, or even thinks, he hath done enough & will leave the future to others is destroying his country..." with much more and ending: "...Remember that good and evil are set before you, that the world may see which you will choose."
The best content is what takes over half of the front page, being accounts of the historic Battle of Cowpens, a victory for the American forces led by General Morgan over the British forces of Col. Tarleton. Another account begins on page 1 & carries over to page 2 which provides additional detail.
Great content continues to take the remainder of page 2 & part of page three with a wealth of fine detail too much to note here but can be partially seen in the photos.
Four pages, ornate lettering in the masthead, very nice condition. 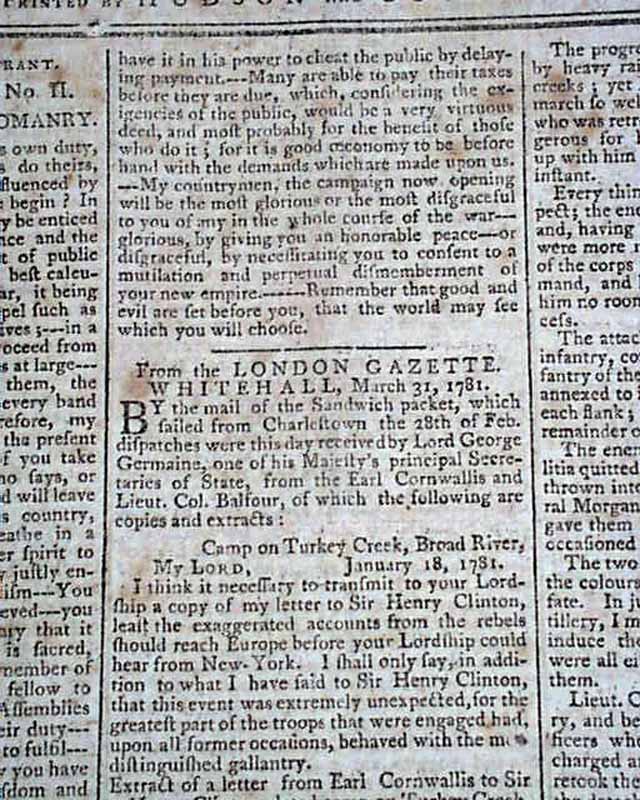 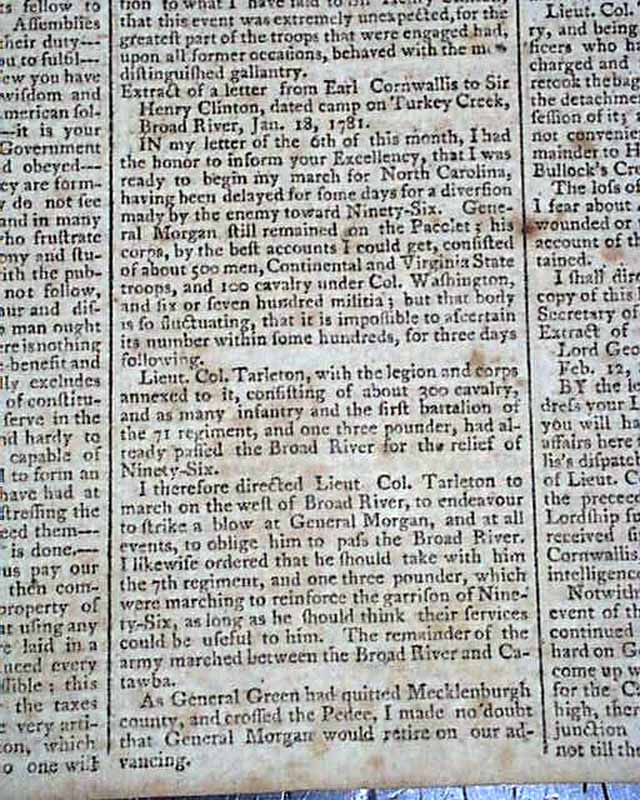 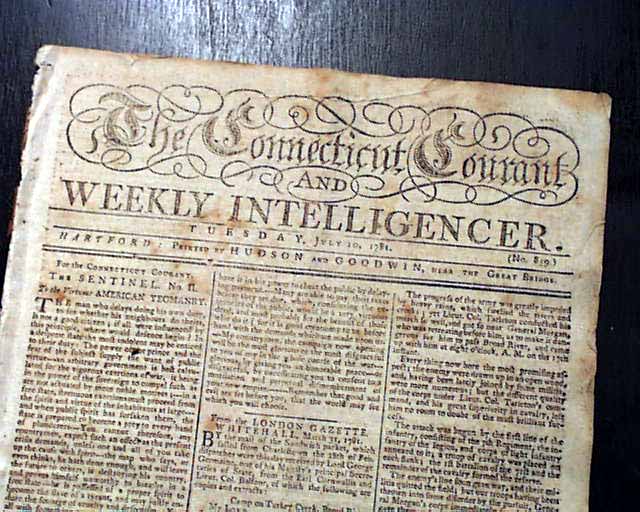 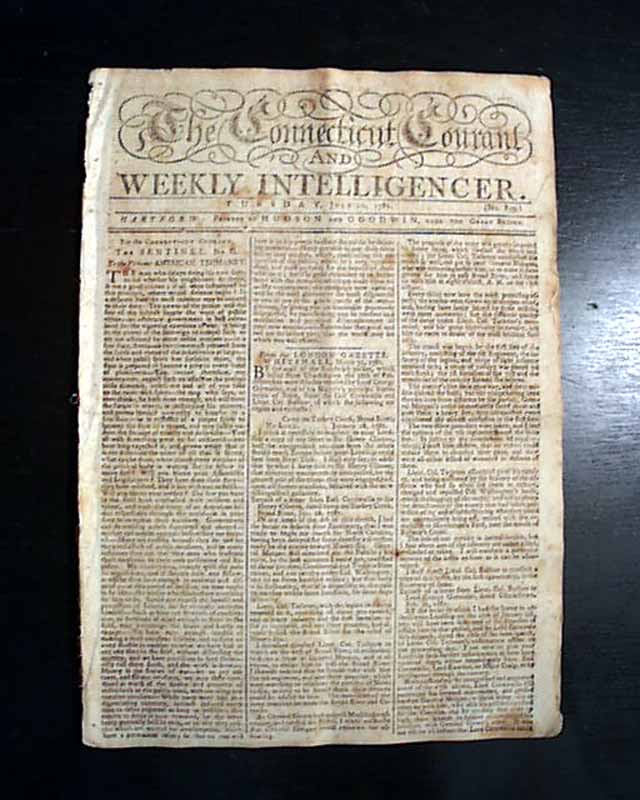 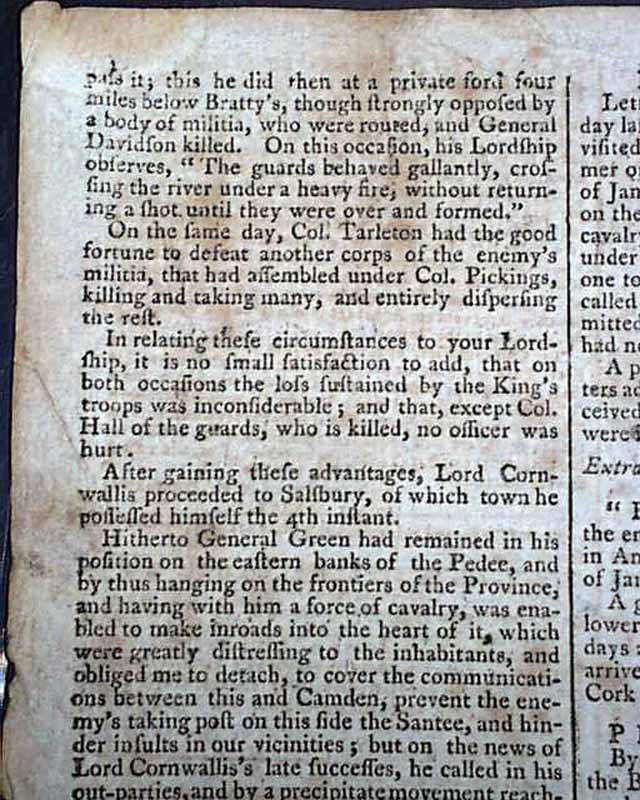 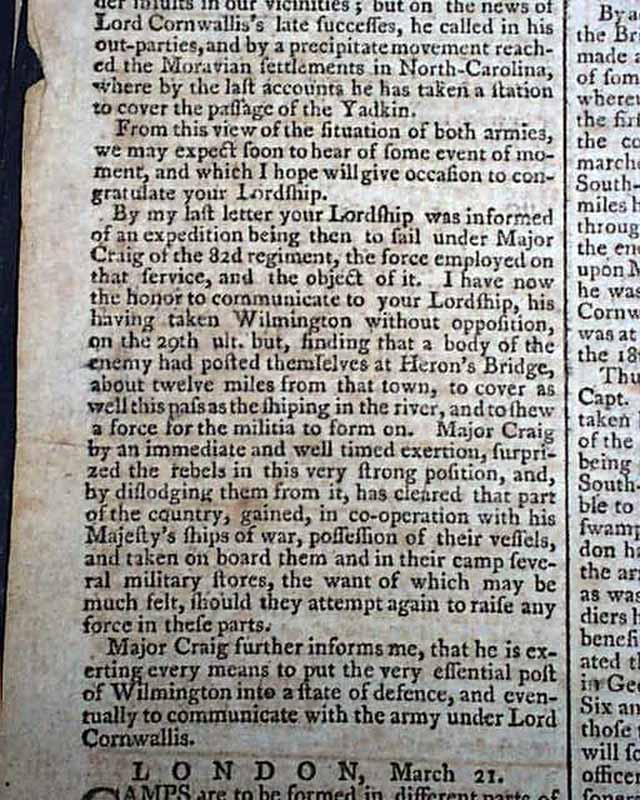 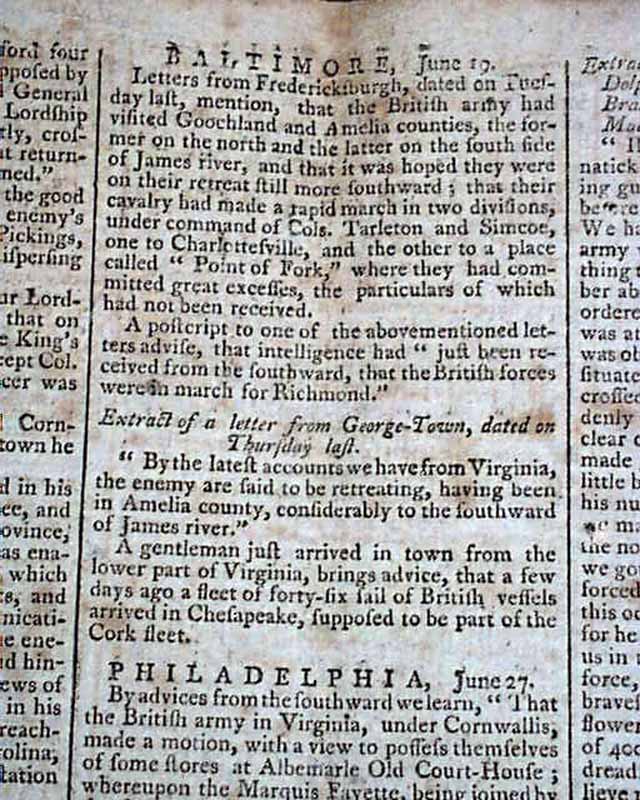 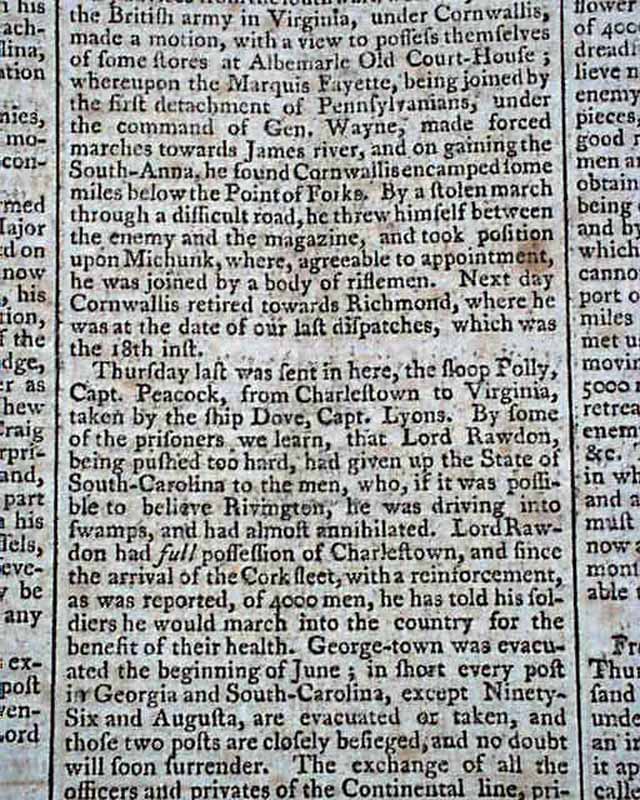 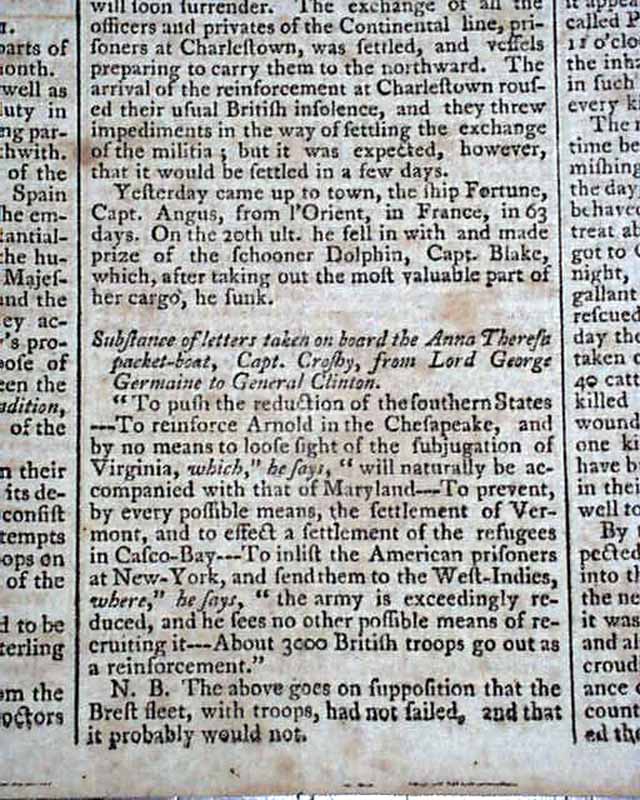 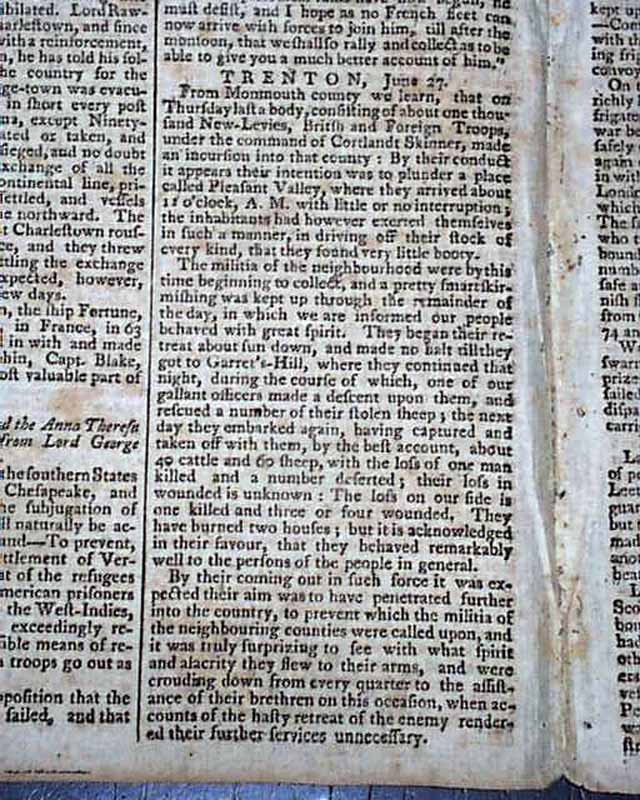 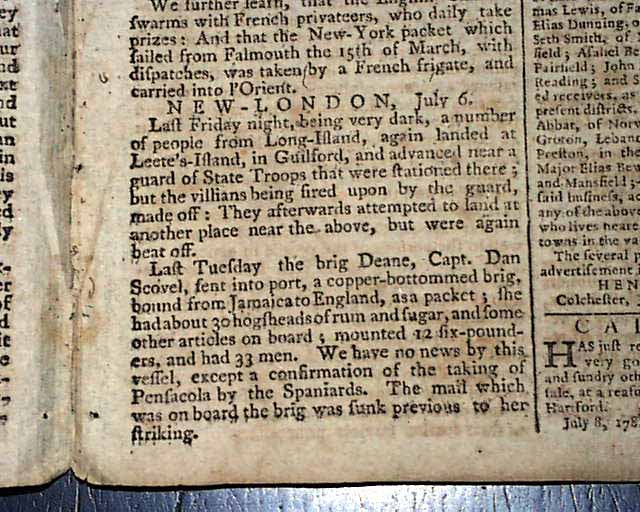 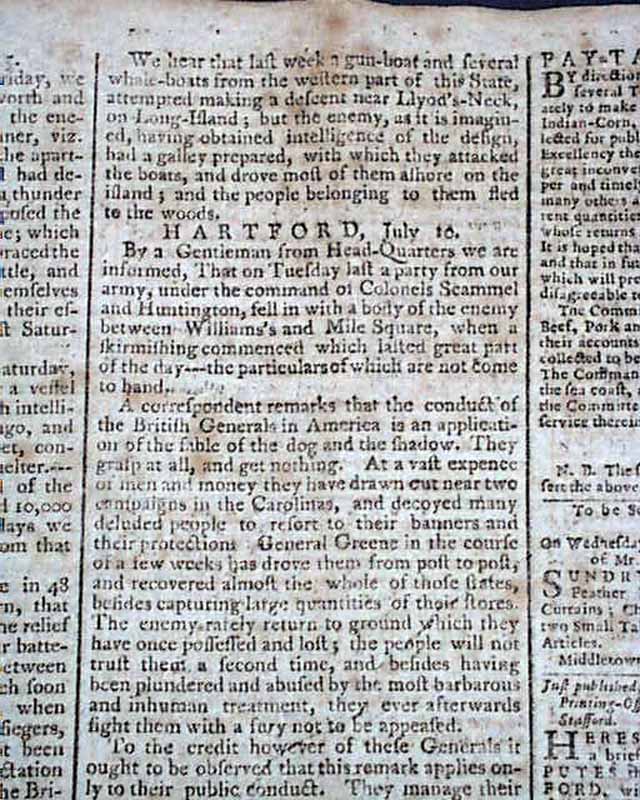