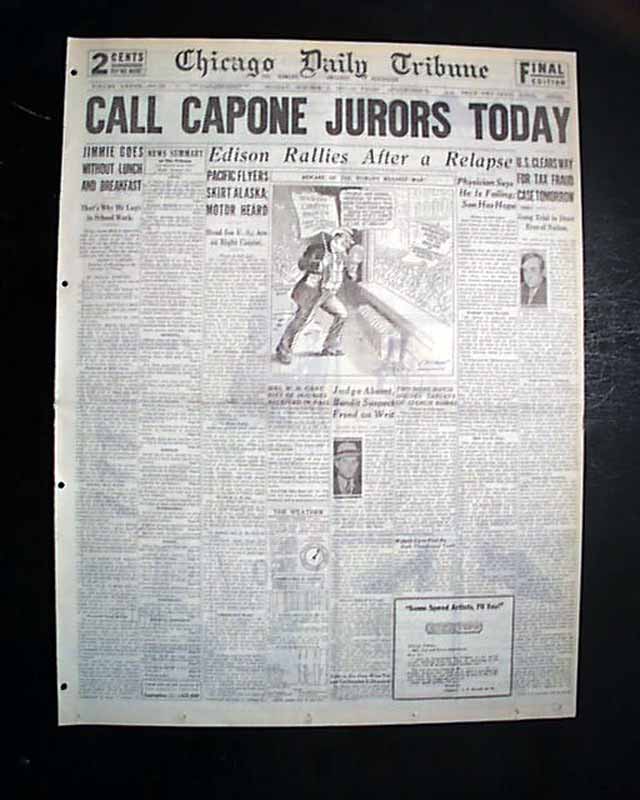 The front page features a nice banner headline on the two-week long trial of notorious gangster Al "Scarface" Capone: "CALL CAPONE JURORS TODAY" with related subheads. (see) This was one of the most famous criminal trials of the 20th century, and certainly of the Prohibition era.

Al Capone was the head of the most profitable crime syndicate of his era and mastermind of the 1929 "St. Valentine's Day Massacre." He seemed above the law, however in the end Capone would be brought to justice & serve jail time not for murder, extortion, or bootlegging, but for failing to pay his income tax.
When it comes to gangsters, organized crime, and the nefarious activities born out of the Prohibition and Great Depression eras, no city is more in the forefront of our minds than Chicago - and what better newspaper can be found than the Chicago Tribune, self-proclaimed to be "The World's Greatest Newspaper" - attributed in part to its dramatic, banner headlines! Whether hanging on your wall or part of an ongoing collection, these events are sure to capture the flavor of this infamous period in American history.
Complete in 34 pages, this is the "rag edition" printed on very high quality newsprint meant for institutional holdings. In great condition as such, 4 small binding holes at the blank spine. 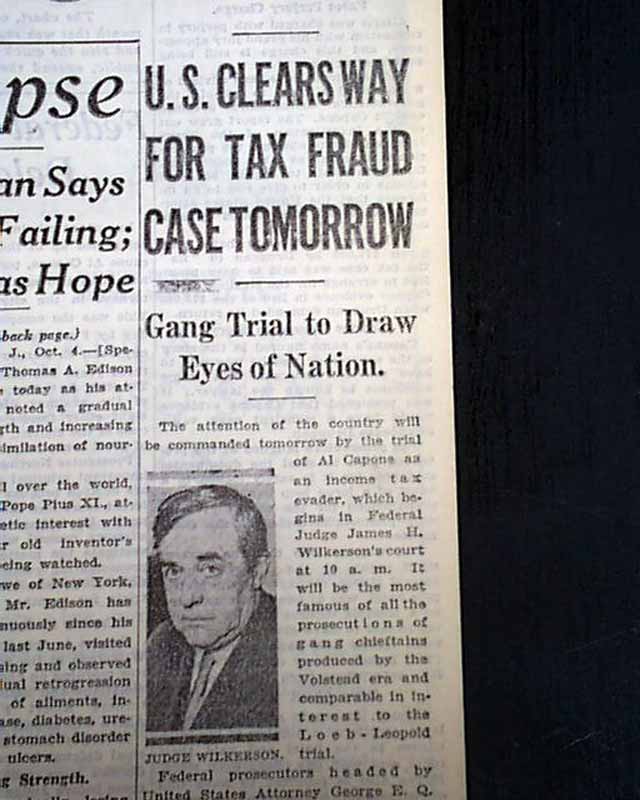 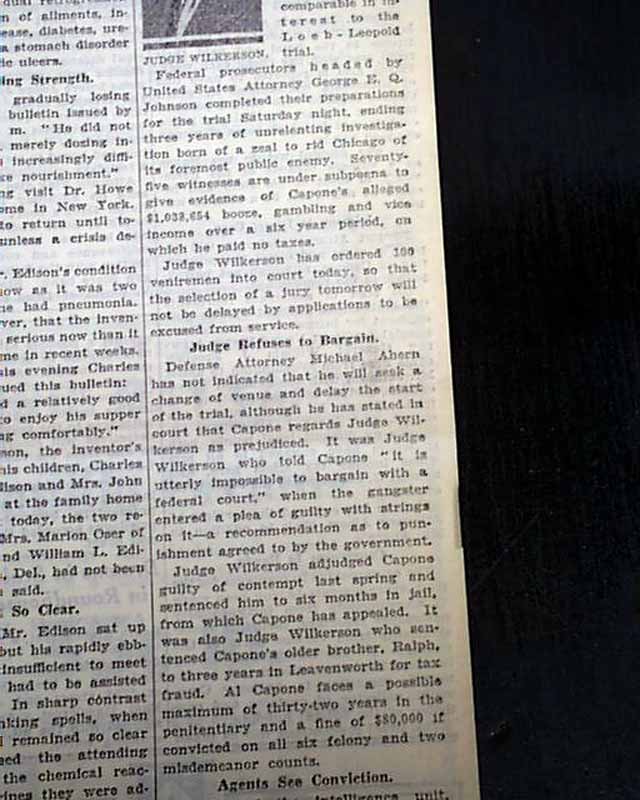 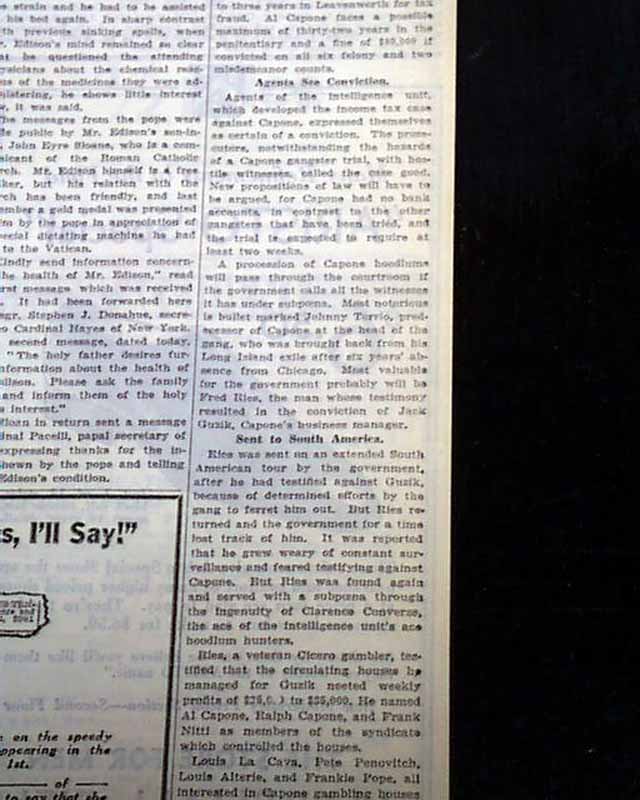 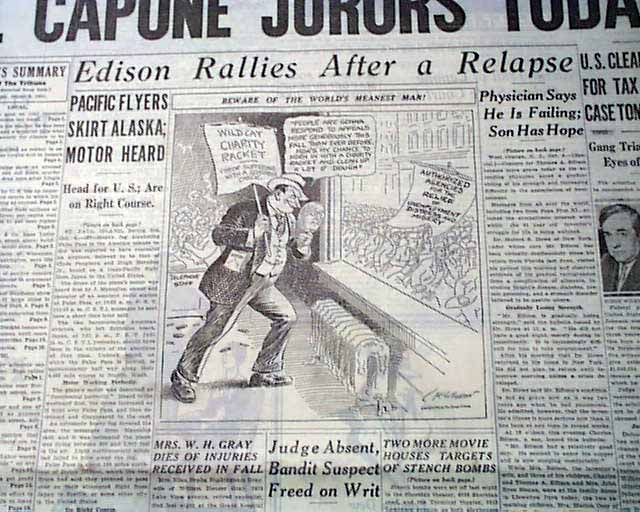 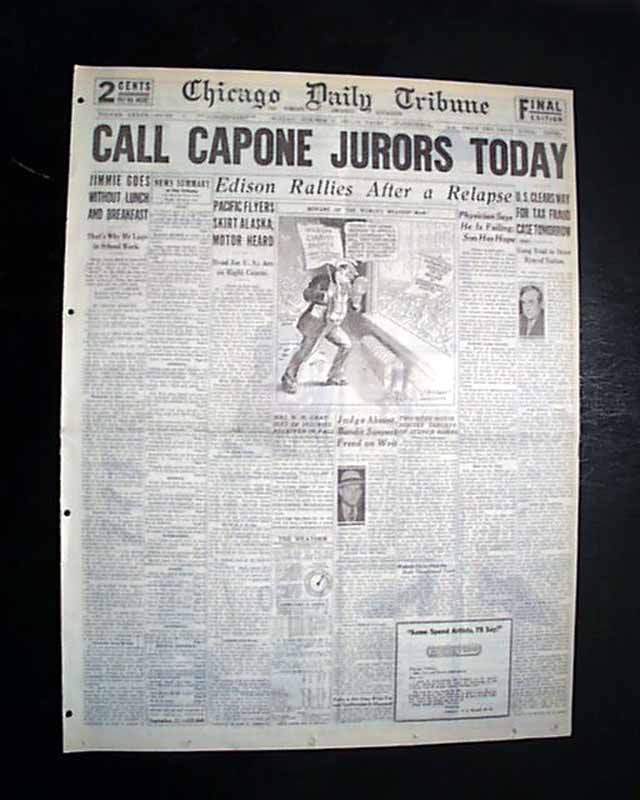 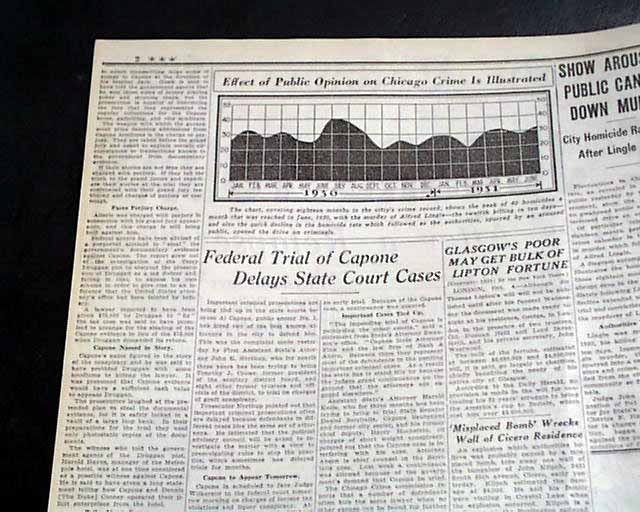 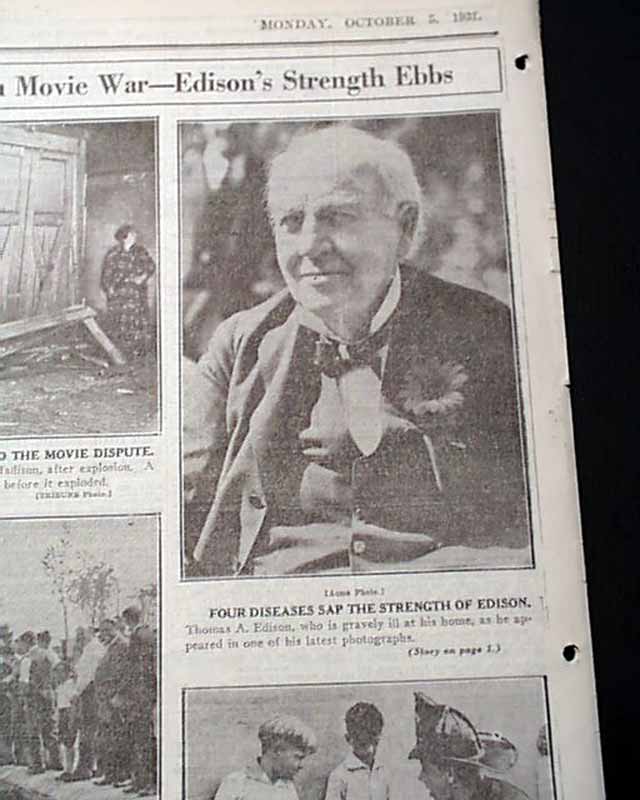