Home > Back to Search Results > Pay set for the President and others...
Click image to enlarge 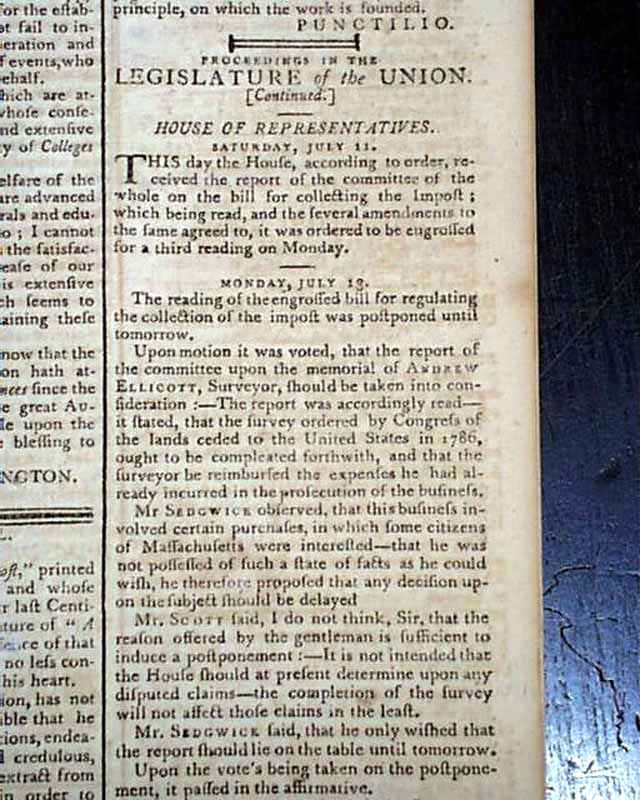 Pay set for the President and others...

* Salaries for the President, Vice President & others

Over half of  the front page is taken up with an address "To the President of the United  States" by the corporation of visitors & governours & faculty of Washington College in Maryland, to which: "The President's Answer" follows, signed by him in type: George Washington.
Also on the ftpg.  & carrying over to pg. 2 are: "Proceedings In The Legislature of the Union" from the early weeks of the new federal government.
Of very special interesting is a report from New York, found on page 3, with: "Congress, this day, agreed upon the compensations viz. to: THE PRESIDENT, 25,000 dollars per ann.; The Vice President, 5000 do. per ann.; The Senators and The Representatives, 6 dollars per day; Speaker, 12 dollars per day...". Also a report on the decision of the President being able to remove an officer.
Four pages, archival mends to the back page, close-trimmed at the top affects part of the masthead and the top lines on page 3, otherwise good.