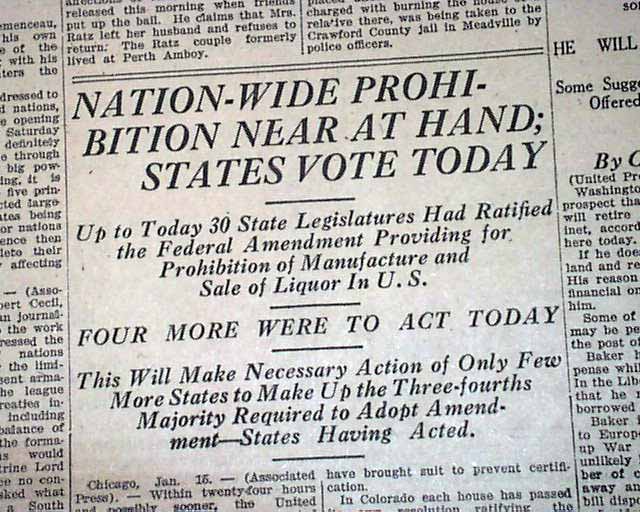 The front page has a two column heading: "NATION-WIDE PROHIBITION NEAR AT HAND; STATES VOTES TODAY" with subheads. (see) On this day voting would formally ratify the 18th amendment to the Constitution & causing Prohibition to take effect the next  year.
Complete in 16 pages, light toning, a little margin wear more so along the spine/1st column, should be handled with care.