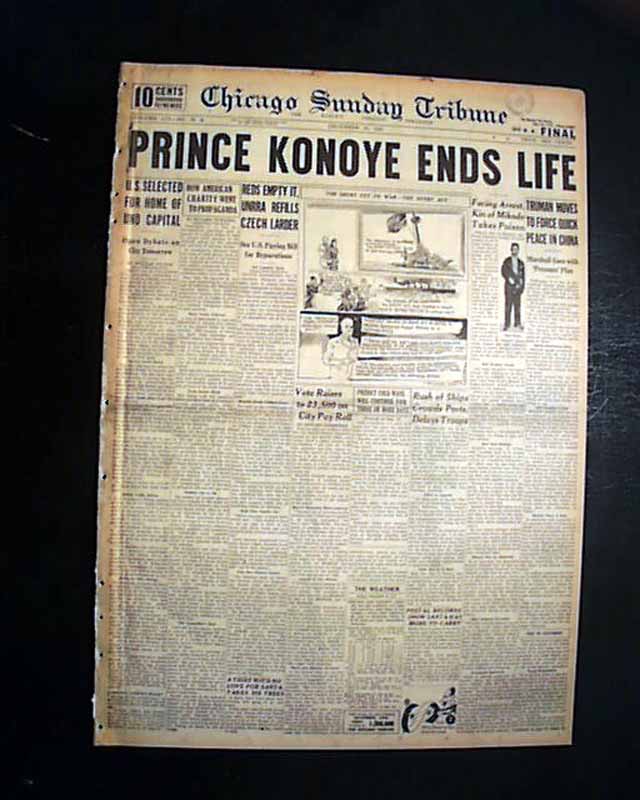 The front page has a nice banner headline: "PRINCE KONOYE ENDS LIFE" with subhead and small photo. Nice for display. First report coverage on the suicide of the Prime Minister of Japan and founder/leader of the Taisei Yokusankai.
Complete issue, light toning at the margins, small library stamp within the masthead, small binding holes along the spine with some wear, generally nice.