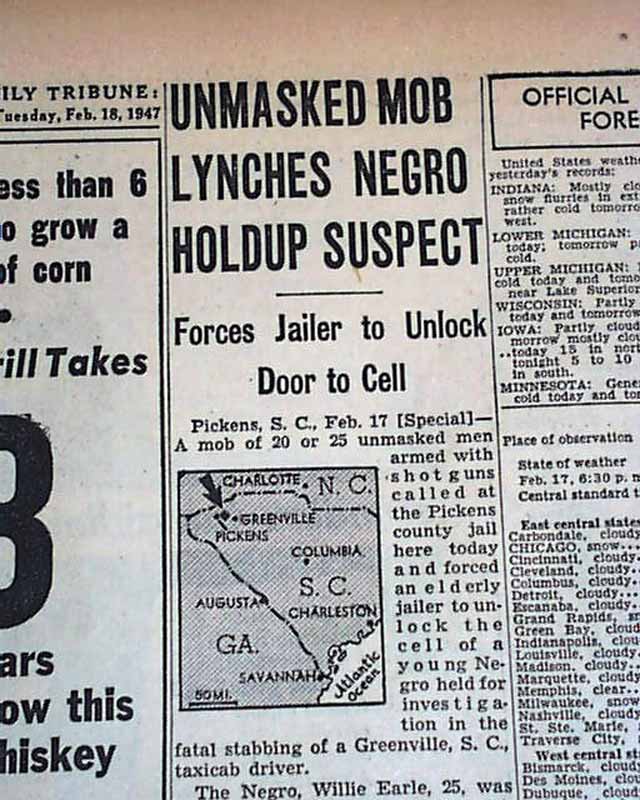 The top of page 16 has a one column heading: "UNMASKED MOB LYNCHES  NEGRO HOLDUP SUSPECT" with subhead and small related map. (see) First report coverage on the lynching of Willie Earle at Greenville, South Carolina.
Complete with all 38 pages, light toning at the margins, small library stamp within the masthead, small binding holes along the spine, generally nice.

wikipedia notes: The lynching of Willie Earle took place in Greenville, South Carolina on February 16, 1947 when Willie Earle, a 24-year-old black man, was arrested, taken from his jail cell and murdered. It is considered the last racially motivated lynching to occur in South Carolina. The subsequent trial gained much media attention, and was covered by Rebecca West for The New Yorker. The trial resulted in the acquittal of 31 white men who had been charged with Earle's murder.