Home > Back to Search Results > Golfer Ben Hogan's death report... One of the greatest...
Click image to enlarge 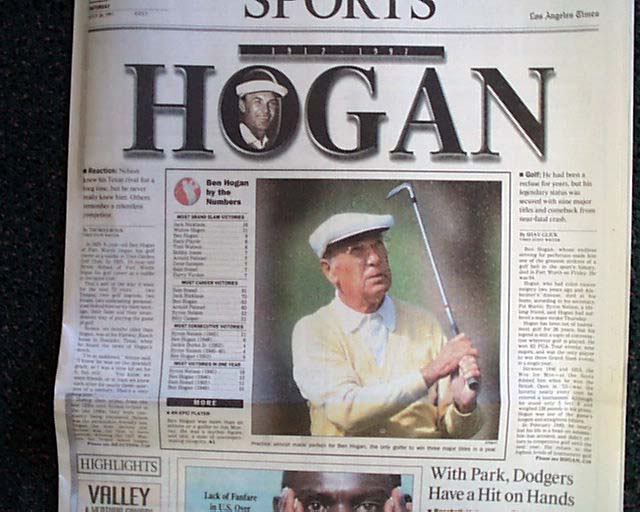 Golfer Ben Hogan's death report... One of the greatest...

* Ben Hogan's death report
* Winner of 5 U.S. Opens and 10 Majors (?)
* Death of one of the greatest golfers to ever play the game

The front page of the issue tells of the death of Ben Hogan, who is generally considered one of the greatest golfers to have ever played the game. He won 4 U.S. Opens and 9 Majors, and some argue his tally should be credited as 5 and 10 respectively as he also won the Hale American Open which was the replacement for the U.S. Open the year it was cancelled by the USGA during WWII. Ironically, his death came just a few months after Tiger Woods won his first Major event, and includes the front page quote: "How good was he? The latest book about him... notes that he teed it up in 292 lifetime tournaments and he finished in the top 10 241 times - and in the top three 139 times! Are you paying attention, Tiger?" Additional coverage with photos is found on inside pages as well.
This offering includes the 1st 4 sections of the newspaper: Front, Local (Valley), Sports, and Business, and all areas of Hogan coverage. 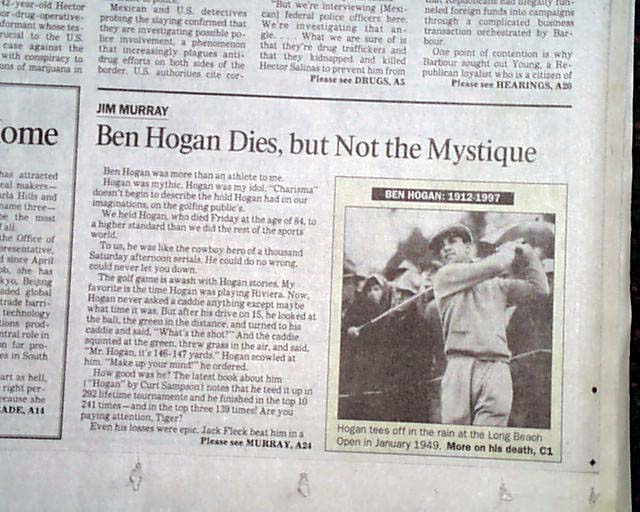 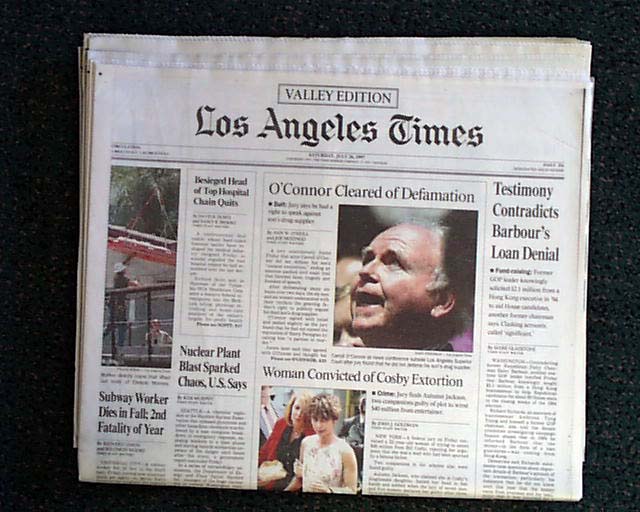 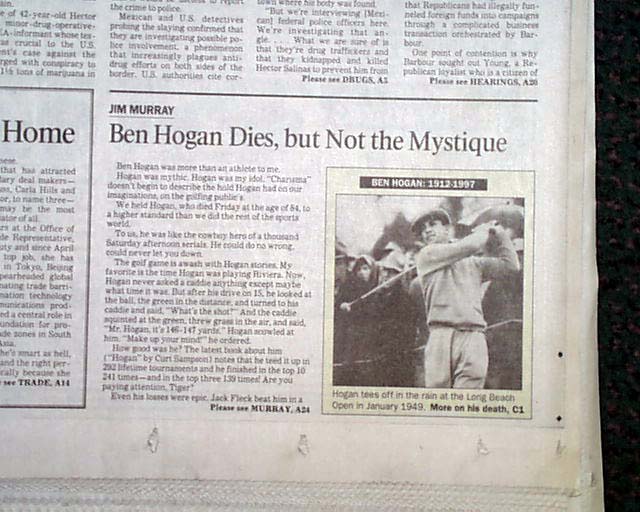 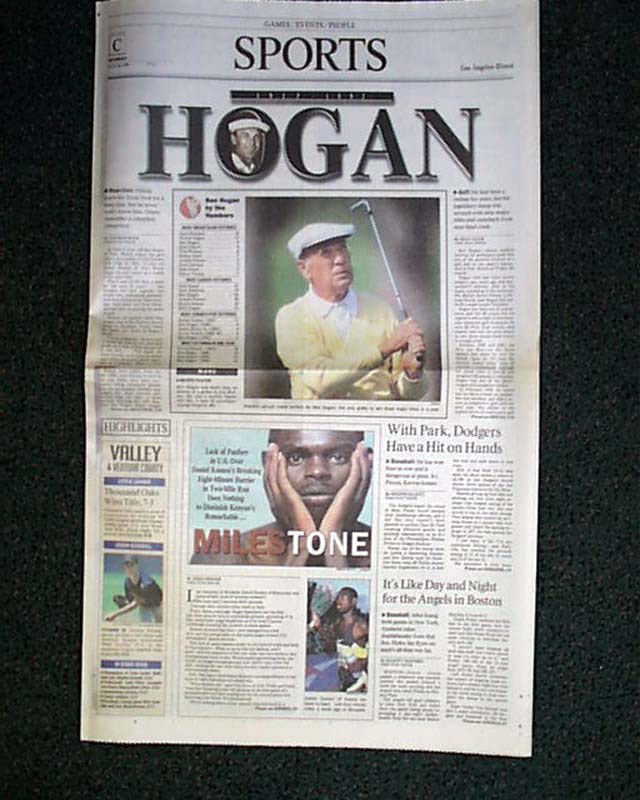 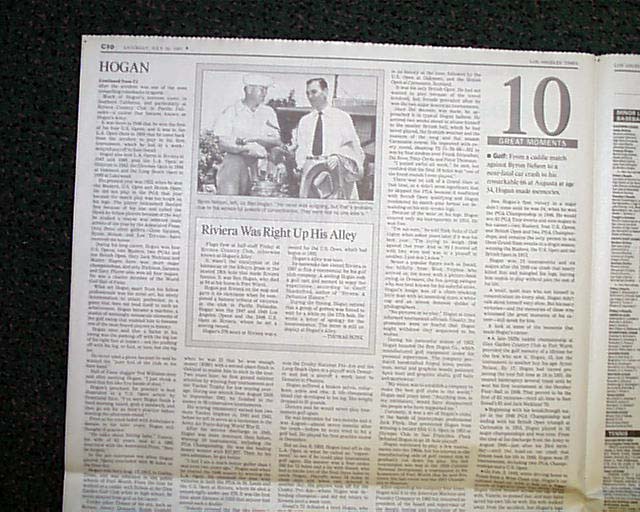 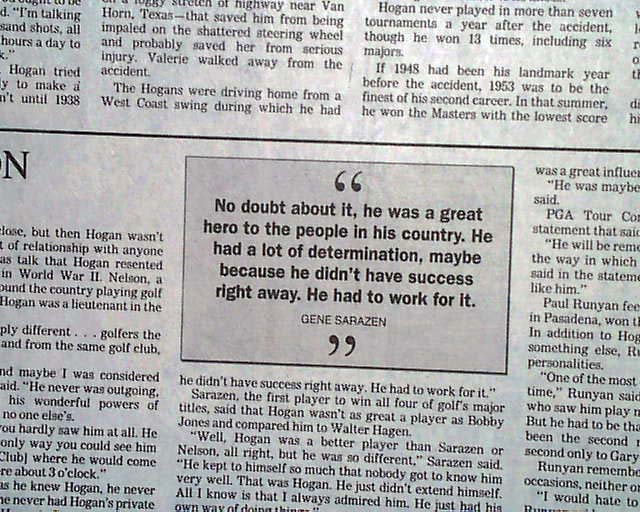 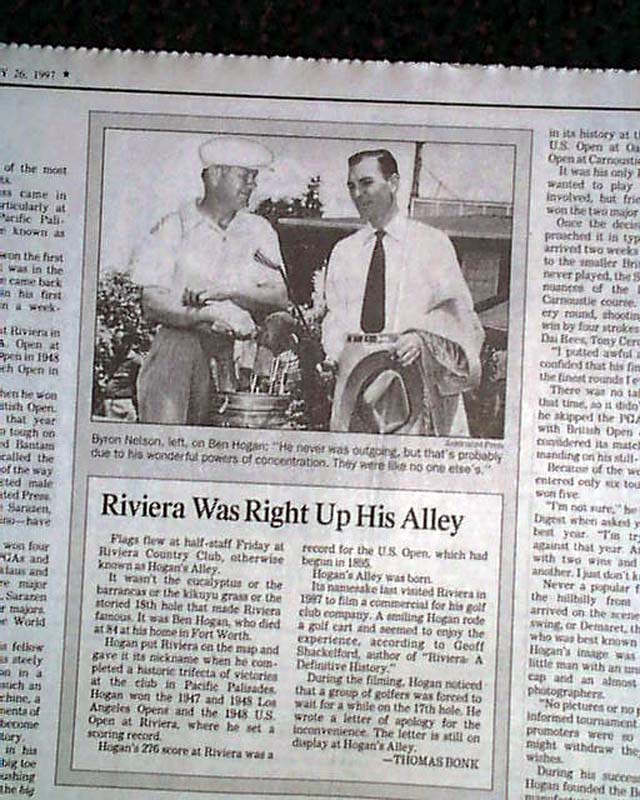