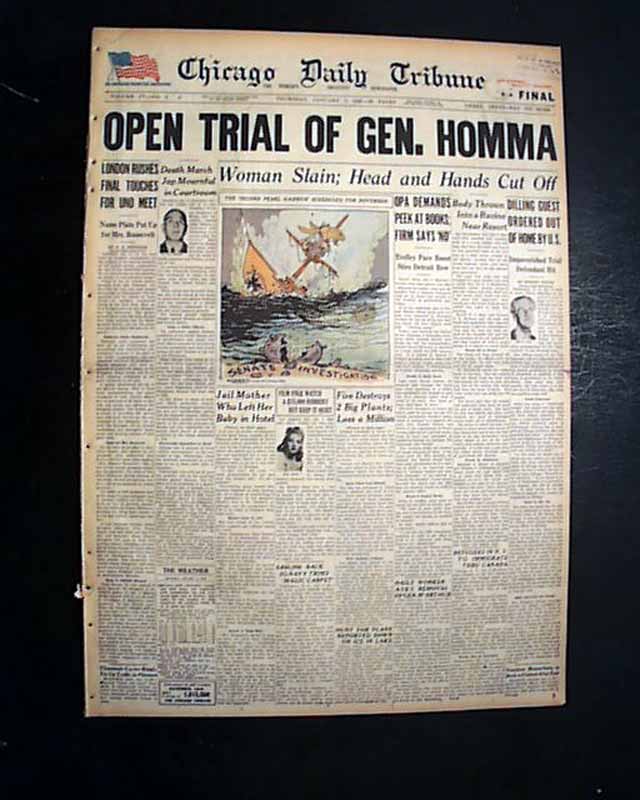 The front page has a great banner headline: "OPEN TRIAL OF GEN. HOMMA" with subhead and small photo. (see)
Complete with all 30 pages, light toning at the margins, small library stamp within the masthead, small binding holes along the spine, generally nice.

wikipedia notes: Masaharu Homma was a lieutenant general in the Imperial Japanese Army during World War II. Homma commanded the Japanese 14th Army, which invaded the Philippines and perpetrated the Bataan Death March. After the war, Homma was convicted of war crimes relating to the actions of troops under his direct command and executed by firing squad on April 3, 1946.