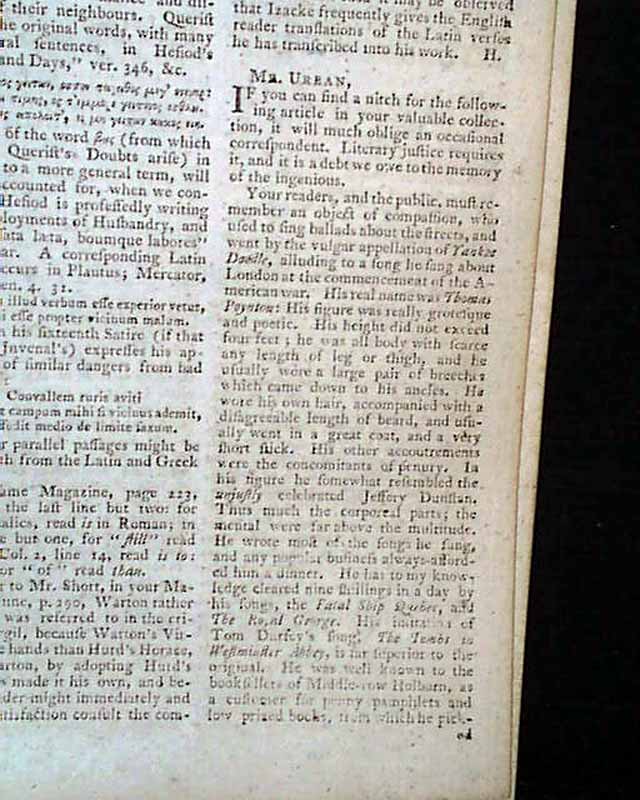 Item # 657924 GENTLEMAN'S MAGAZINE, London, March, 1783  Near the beginning are 15 pages of: "Summary Proceedings in the Third Session of the Present Parliament" which include some discussions concerning America. Another article is concerning Yankee Doodle, or more particularly is information on the presumed author of the famous tune (questionable) who had recently died. It notes: "Your readers, & the public, must remember an object of compassion who used to sing ballads about the streets & went by the vulgar appellation of Yankee Doodle, alluding to a song he sang about London at the commencement of the American war. His real name was Thomas Poynton: his figure was really grotesque...He wrote most of the songs he sung...He had to my knowledge cleared nine shillings in a day by his songs...He was not addicted, as most of his fraternity, to drinking & swearing...inform the public that he died the beginning of this year in great misery..." with more (see).
Near the back the "Historical Chronicle" has some news items from America, including: "...That the Marquis de la Fayette had lately been introduced to his Catholic Majesty...He appeared in the uniform of Major-General in the service of the States of America..." and: "In commemoration of the American war & the independence of America that succeeded it, Dr. Franklin has caused a medal to be struck. It represents Hercules in his cradle, strangling two serpents..." with more descriptive text & noting: "...At bottom are the years 1777 and 1781, epochs of the capitulations of the armies of Burgoyne and Cornwallis...the other side is Liberty, emblematically portrayed by a fine woman; & in the exergue 'Libertas Americana' ". (see hyperlink for a photo of the medal).
Contains both plates called for, one of which folds out (see photos).
Complete in 92 pages, full title/contents page with an engraving of St. John's Gate, measures 5 1/4 by 8 1/4 inches, in nice condition. 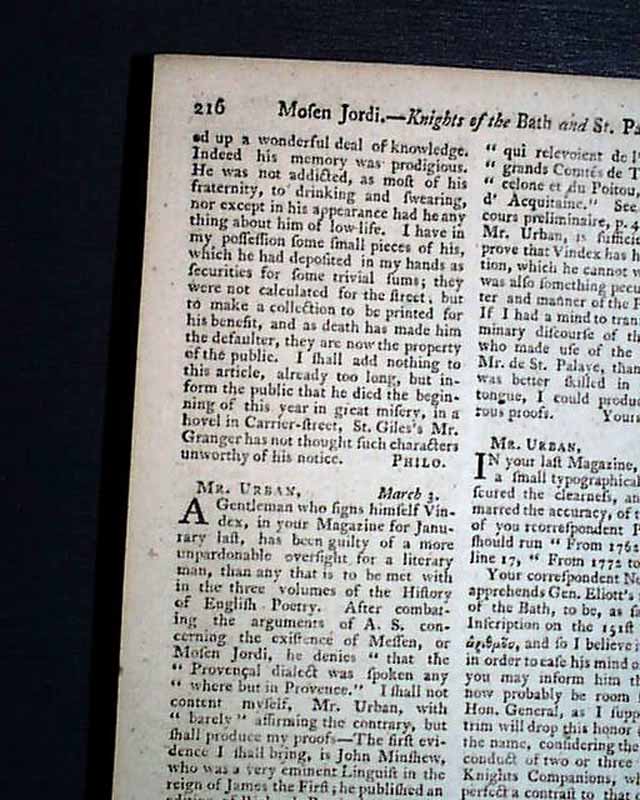 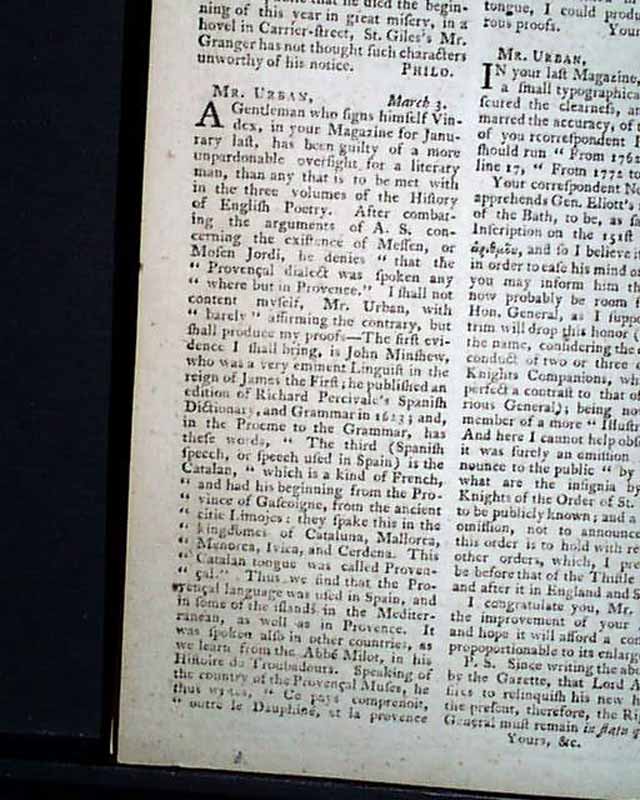 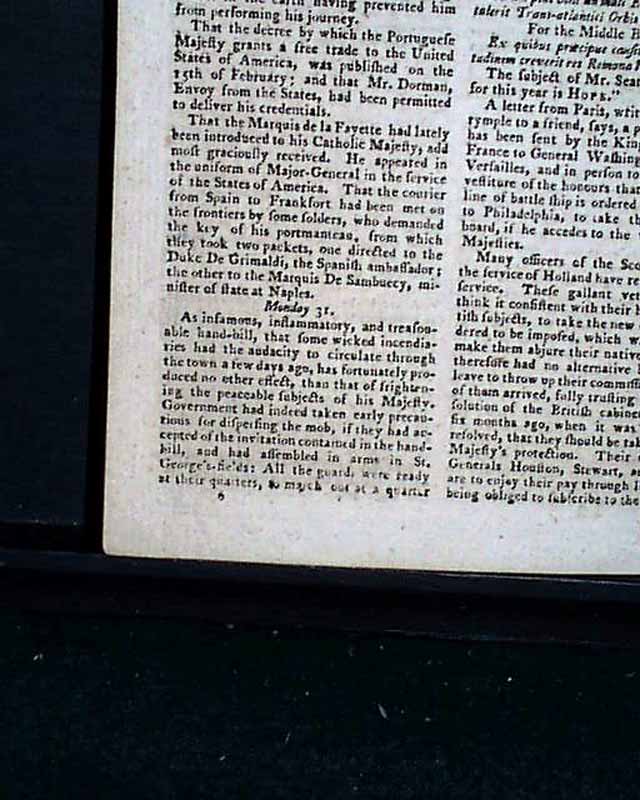 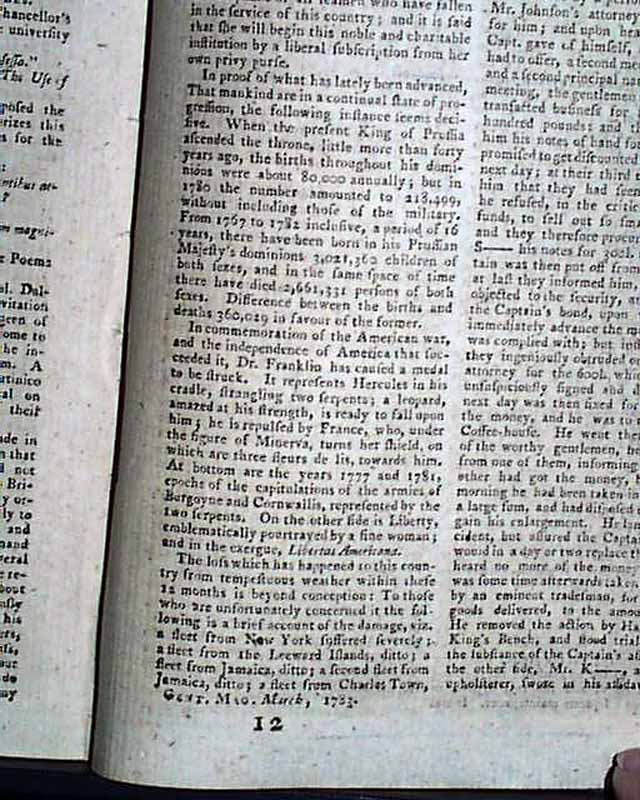 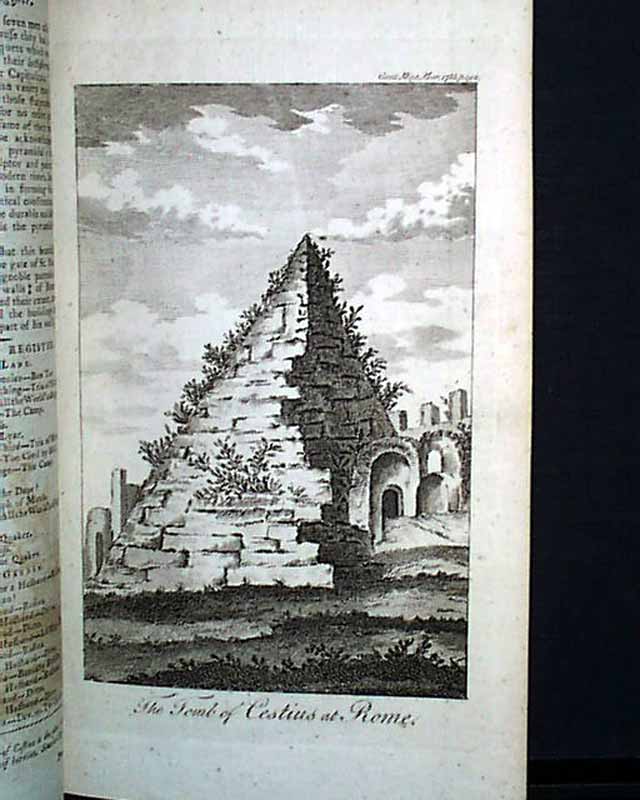 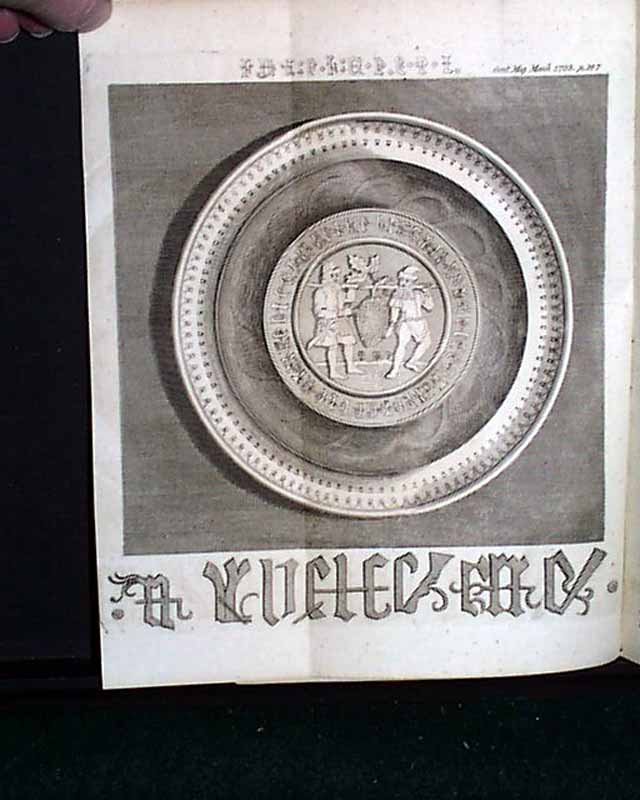 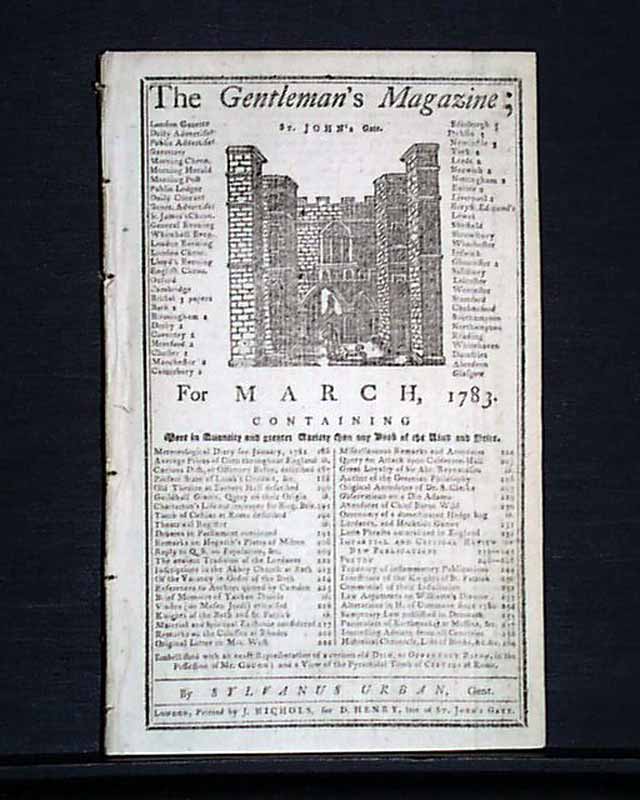