Home > Back to Search Results > Early from the Arizona Territory...
Click image to enlarge 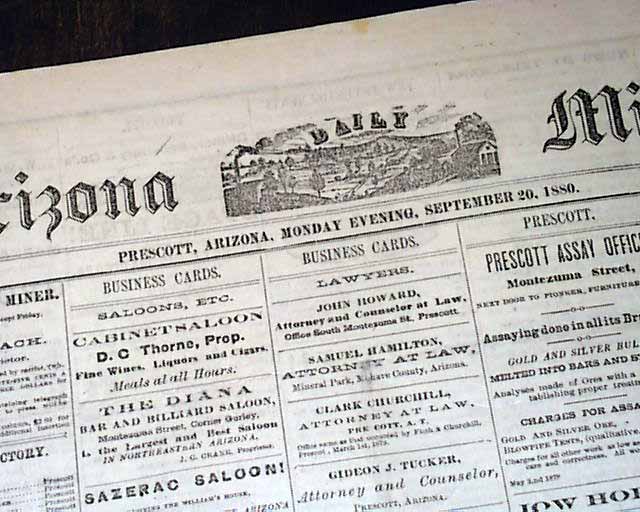 Early from the Arizona Territory...

A quite early newspaper from territorial Arizona. It would not become a state until 32 years later.
A typical Old West newspaper with a wealth of Western-themed advertisements, several of which are illustrated. News reports are both local & regional..
Four pages, never bound nor trimmed, a few small archival mends, very nice condition.