Home > Back to Search Results > Rare title from the Yukon Territory...
Click image to enlarge 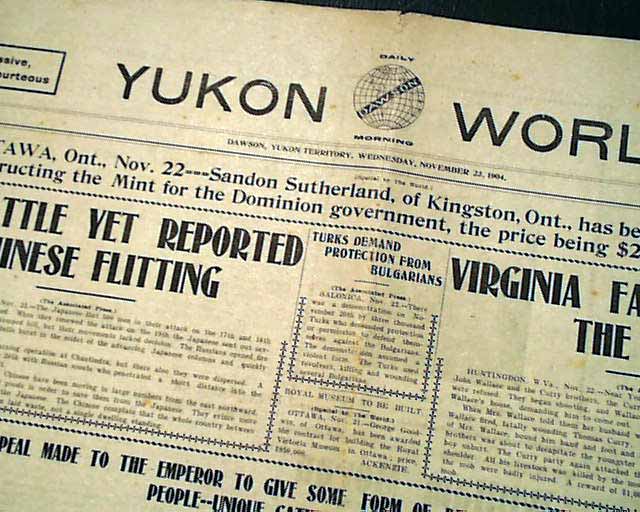 Rare title from the Yukon Territory...


YUKON WORLD, Dawson, Yukon Territory, Nov. 23, 1904  A town made famous by the Yukon Gold Rush of the 1890's, and also by famed writer Jack London ("Call of the Wild", etc.) who lived here at the end of the 19th century. An interesting four page newspaper with the ftpg. filled with a large number of headlines and short reports (see).
Never bound nor trimmed, mild wear at the central fold, not a fragile nor pulpish newspaper. Nice condition. One of the northern-most newspapers we have ever offered.