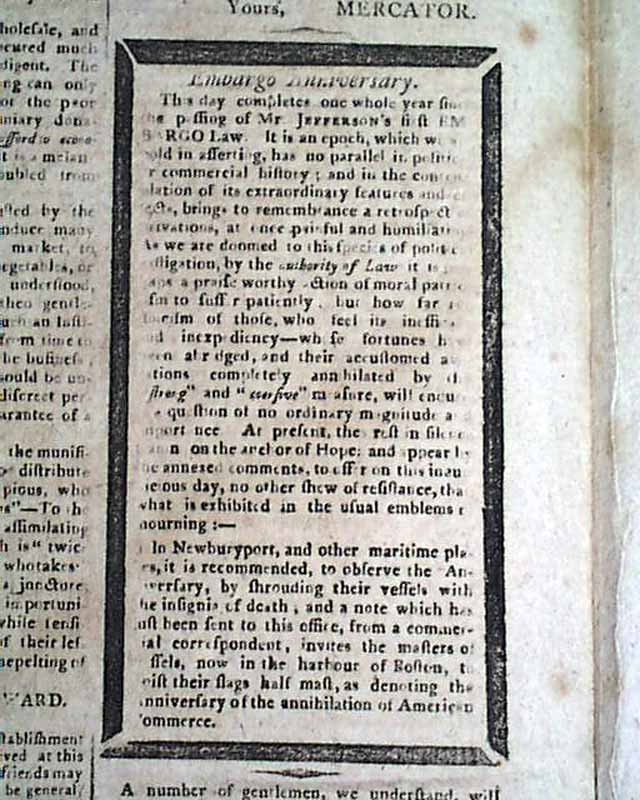 On page 2 under Embargo Anniversary is a mock-anniversary announcement marking one year since the passing of the controversial Embargo Law. Content is black-bordered like an obituary. News of the day with some advertisements. Ink is lite on each side of the text making some words difficult to read, some foxing.