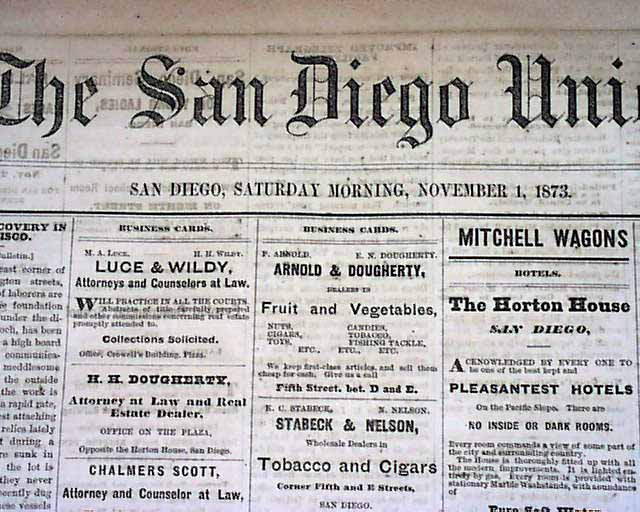 This 4 page newspaper has news of the day with several interesting advertisements. With newspapers West of the Mississippi being very rare prior to 1900, here is an opportunity to get a issue from the old West back when cowboys, Indians, saloons, gold miners & gunfights were often seen on a regular basis.

Some of the articles in this issue include: "Interesting Discovery In San Francisco" "Pennsylvania Central Railroad" "Texas and Pacific" and much more. Very early for Southern California. Some browning around the margins with minor margin wear.