Home > Back to Search Results > Results of the presidential election...
Click image to enlarge 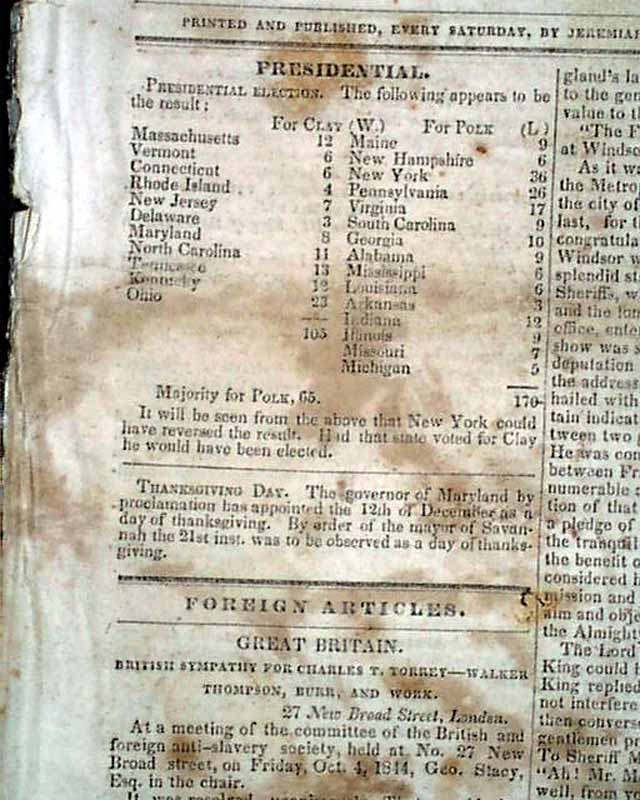 Results of the presidential election...


NILES' NATIONAL REGISTER, Baltimore, Nov. 23, 1844  The top of the first column of the front page has the results of the Presidential election, headed: "Presidential" with a count by state for Henry Clay and James K. Polk. Much more on the results of the election on inside pages. Page 2 has a letter from President Tyler to H. M. Kamehameha III, king of Hawaii (see photos). Also inside: "J.Q. Adams in Reply to General Jackson" and much more.
Sixteen pages, 8 1/2 by 12 inches, some very scattered light foxing, otherwise in very good condition. 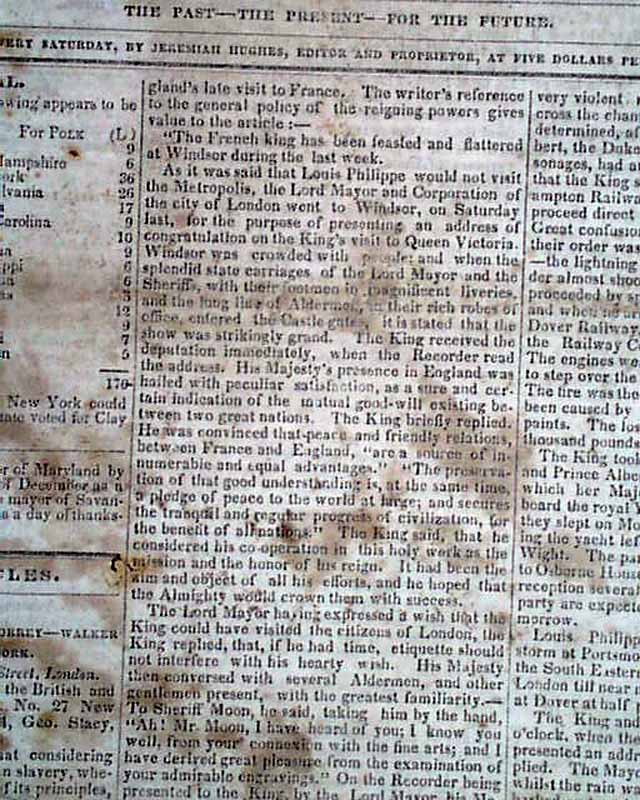 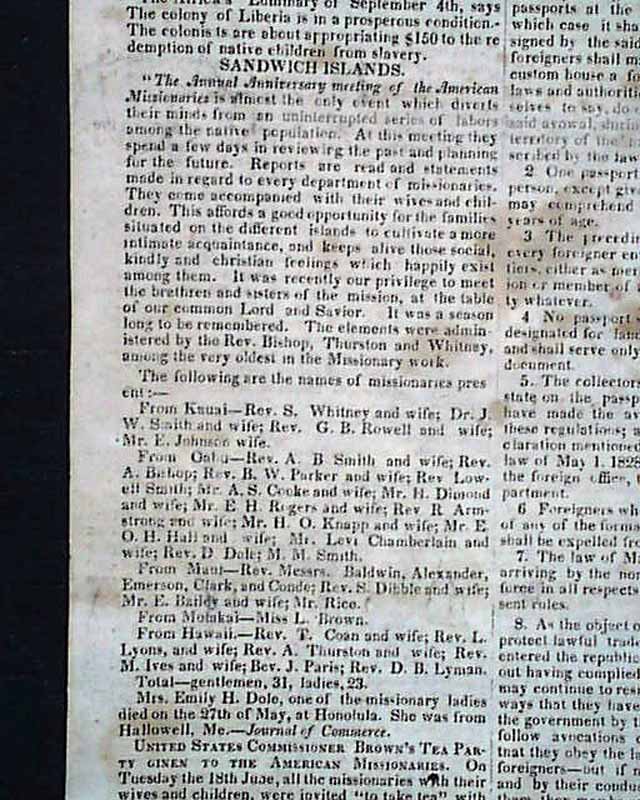 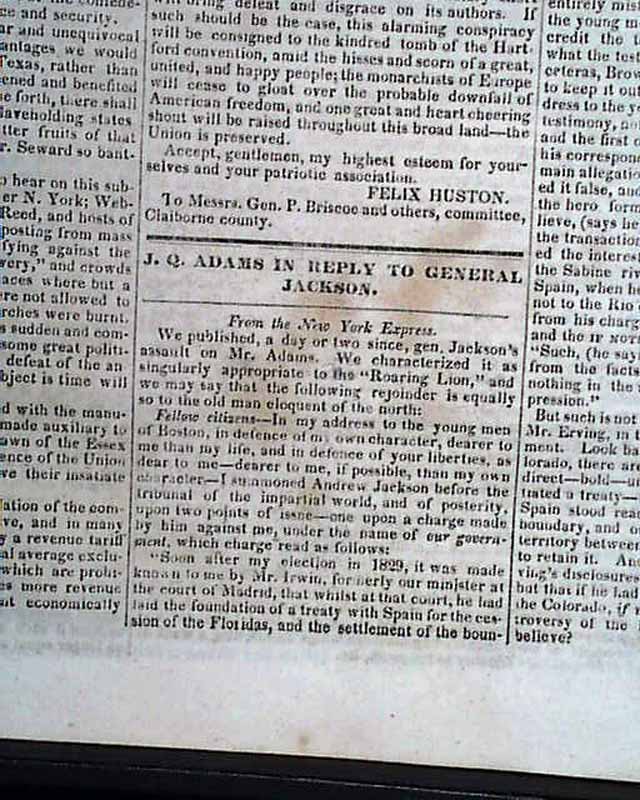 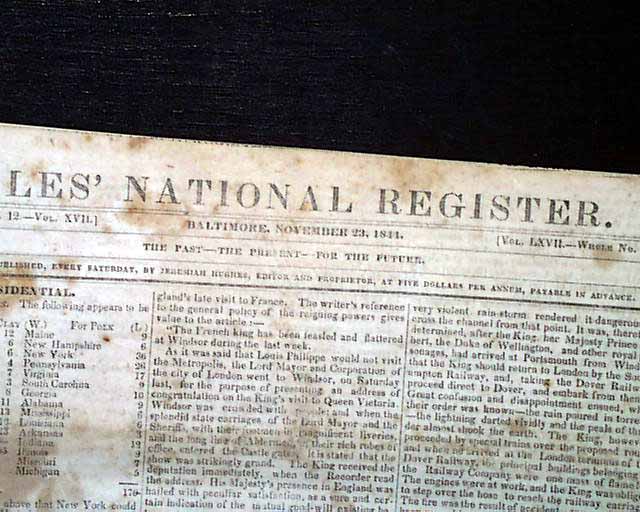 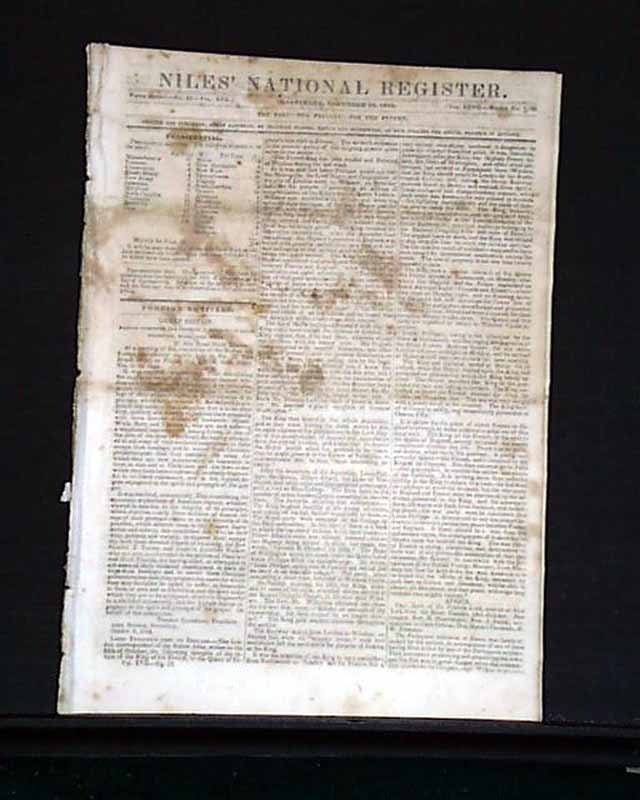